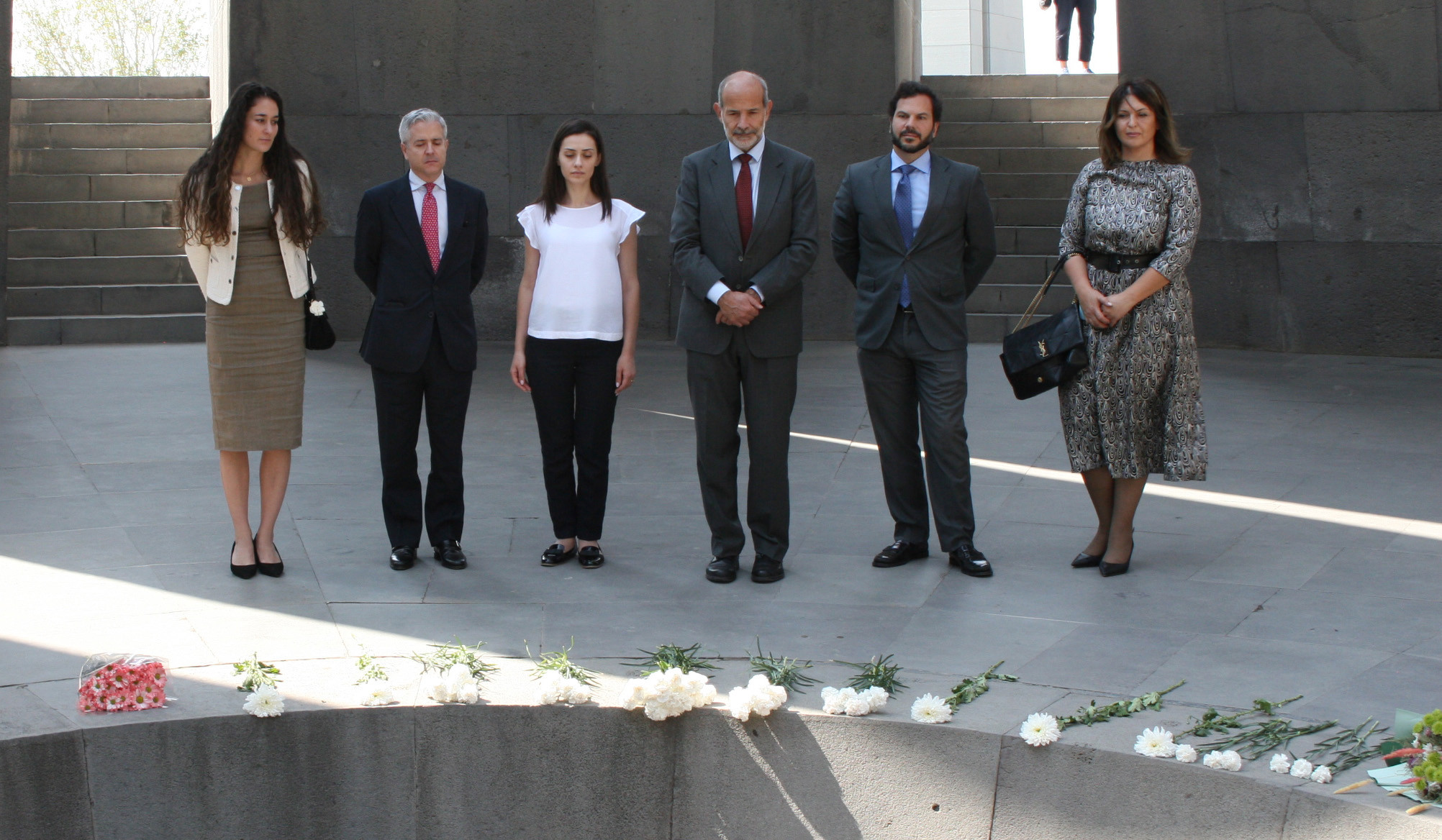 Ambassador Extraordinary and Plenipotentiary of the Kingdom of Spain to the Republic of Armenia Marcos Gómez Martíne (residence in Moscow, Russia) visited today the Armenian Genocide Memorial in Yerevan, accompanied by Honorary Consul of Spain in Armenia Armine Adamyan.

The guests laid flowers at the Eternal Flame and paid tribute to the memory of the Genocide victims with a moment of silence.

They also toured the Armenian Genocide Museum, got acquainted with the permanent and temporary exhibits.

At the end of the visit the Ambassador of Spain left a note in the Honorary Guest Book. 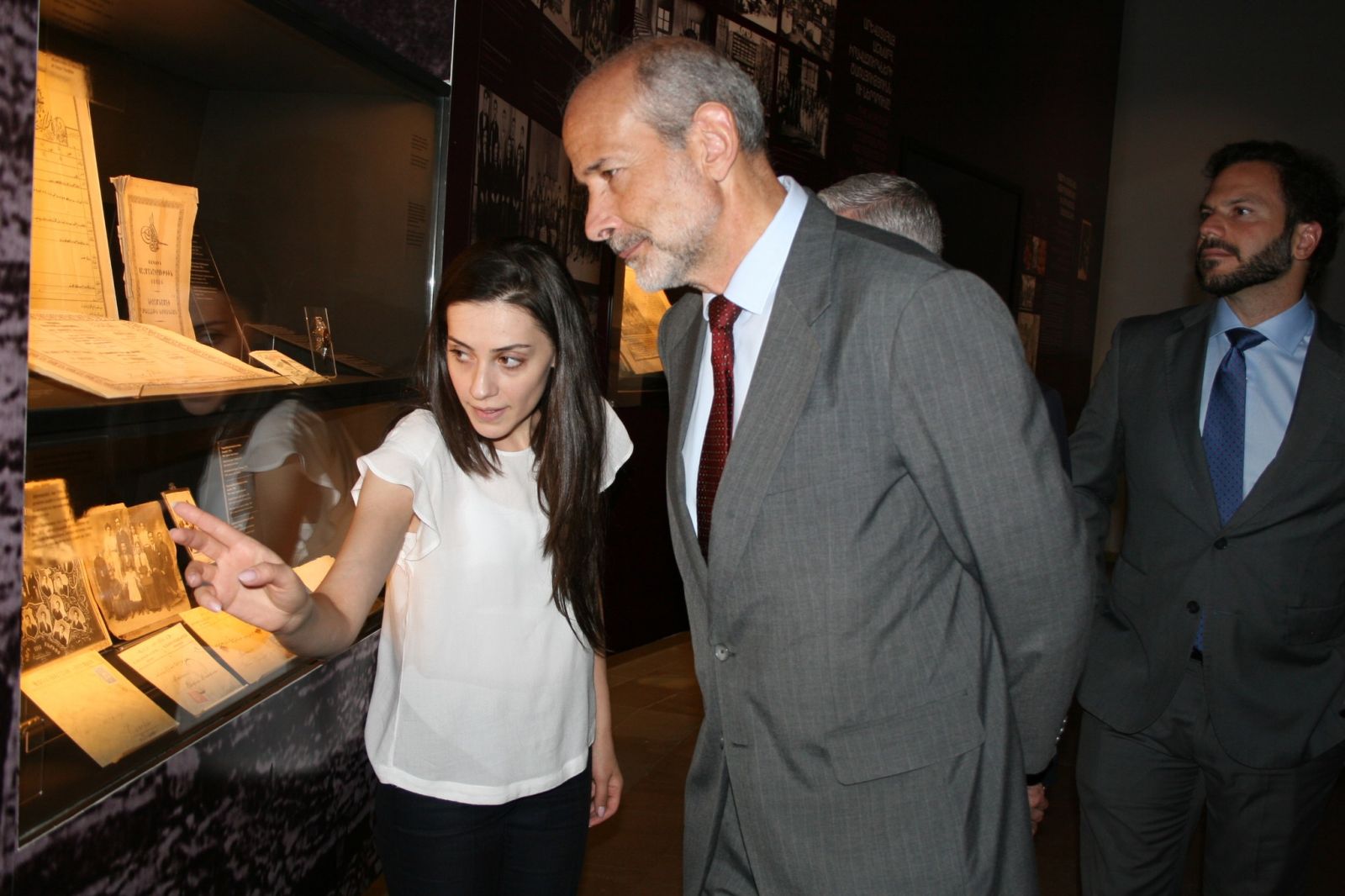 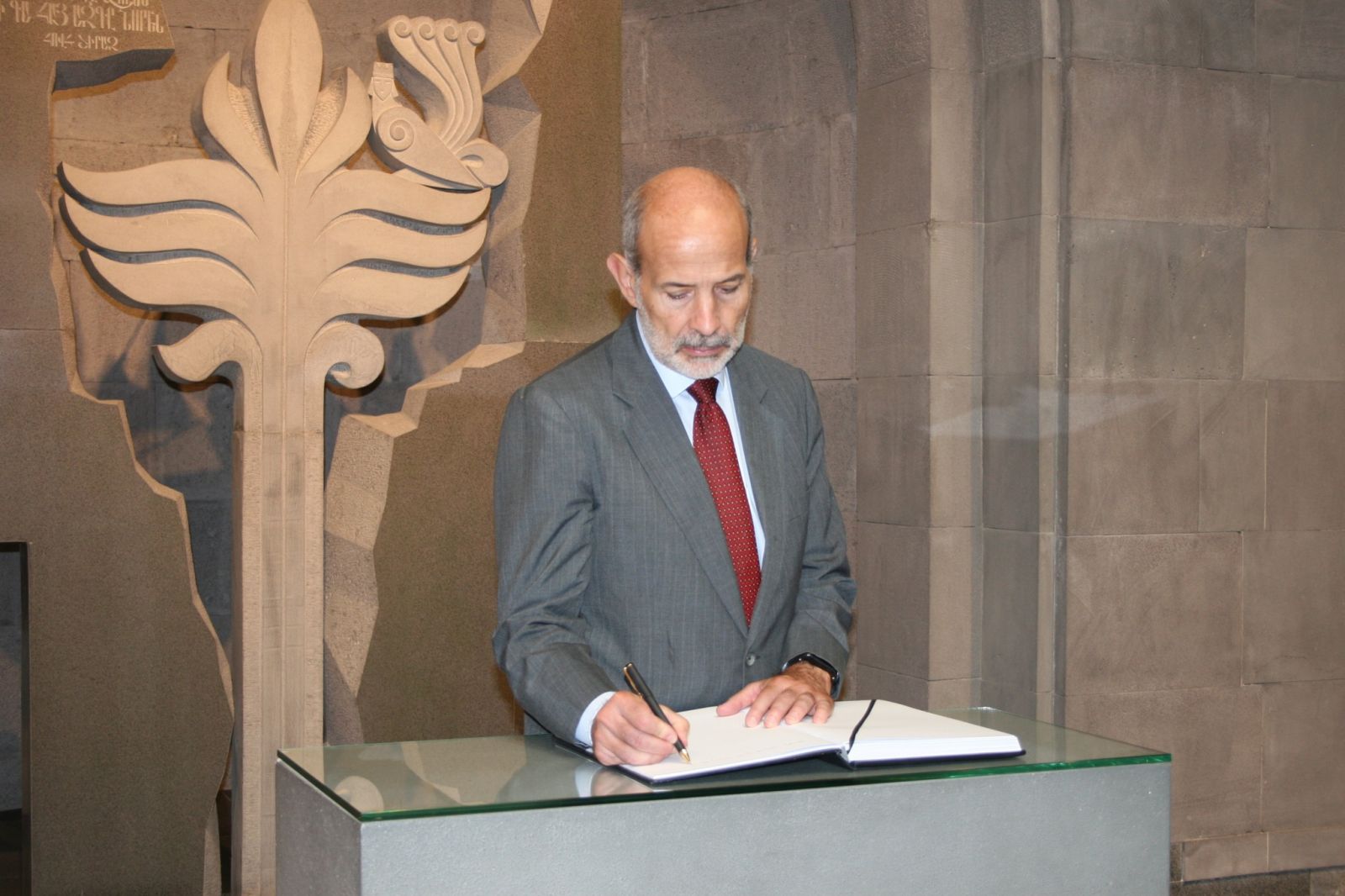 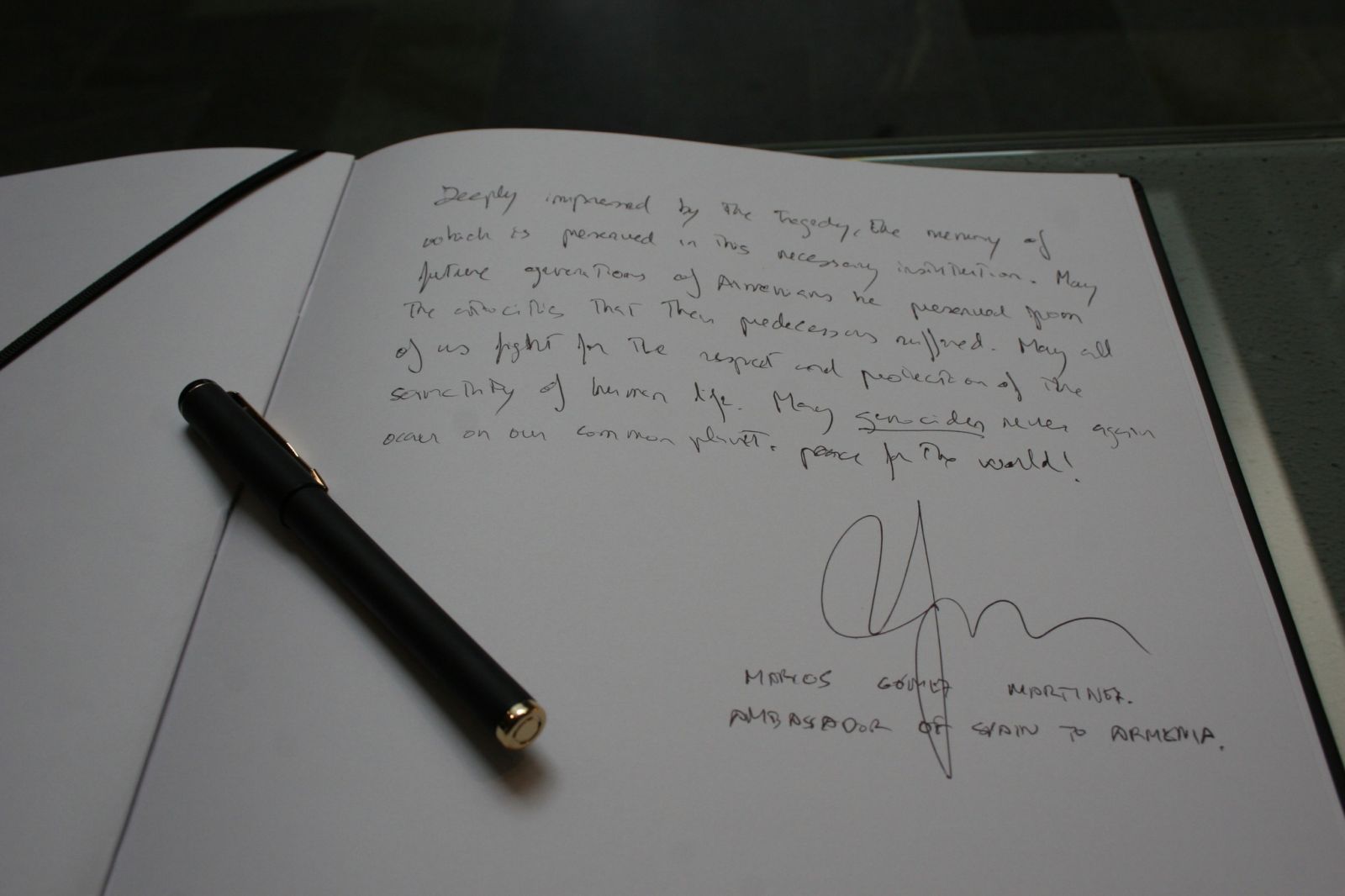