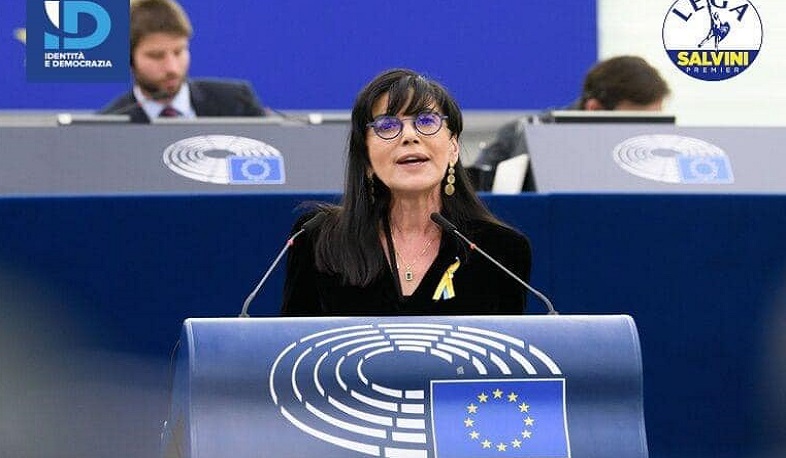 We ask that the European Union finds a diplomatic solution aimed at a sustainable and lasting Peace for all: Anna Cinzia Bonfrisco

Anna Cinzia Bonfrisco, member of European Parliament, posted on Facebook:
“The European silence on Azerbaijan’s aggression towards Armenia, after the ceasefire these days, is not complicit in what happened during the clashes.
Testimonies of serious war crimes are coming, videos and images from the front of abuse and torture on Armenian female soldiers, which should be checked immediately by the commissions of inquiry of our institutions.
Furthermore, as in the case of Russia , we are also in the area of serious violations of international law. I don’t think Europe wants to judge the democracy of Armenia less deserving.
Nancy Pelosi's visit to Armenia, the genocide memorial, makes us understand well that we need the courage of truth even in this case. The European Union should learn this lesson.
Our relations with Armenia go beyond a political and economic fact. We are in fact bound to a common cultural root, to the origins of Christianity on which our thoughts are based, the pretense of a World in which all individuals have equal dignity.
For this reason we ask that the European Union finds a diplomatic solution aimed at a sustainable and lasting Peace for all. This conflict has been going on for too long and to this day there are no preconditions to avoid a new attack by Azerbaijan”.
Views 456