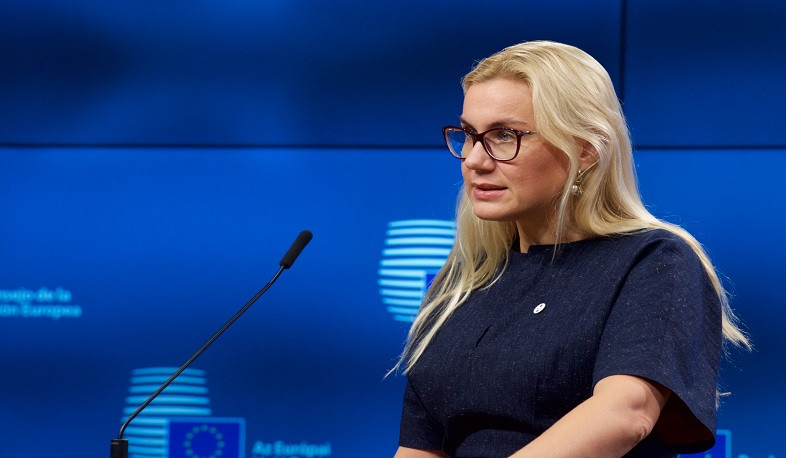 ‘Nothing is decided’: EU energy ministers clash over price cap on Russian gas

EU energy ministers have clashed over a plan to put a price cap on Russian gas, casting doubt on whether the measure will go ahead, The Guardian reports.
Speaking after emergency talks in Brussels in response to surging gas and electricity prices, the EU’s energy commissioner, Kadri Simson, said “nothing is decided” on proposals to curb Russia’s income.
Vladimir Putin has dismissed the idea as “stupid” and threatened to make Europe “freeze” this winter, if a cap is agreed. Russia has already slashed supplies to Europe and said it will not resume flows at previous volumes until the EU lifts sanctions. Russian supply makes up only 9% of EU gas imports, down from 40% before the conflict in Ukraine.
Simson defended the cap plan as reasonable. “The context of this measure is that Russia is gaining huge profits by manipulating and limiting, artificially, supply to drive up prices. And the cap would reduce these profits,” she told reporters on Friday.
The 27 ministers began the meeting by holding a one-minute silence to mark the death of Queen Elizabeth II, while the flags of each member state was lowered in tribute to half-mast.
There was more consensus over a proposal to cap the high price of EU-produced electricity from renewable sources, such as wind, solar and nuclear, and to reduce energy consumption across the region. The European Commission favours a mandatory 5% cut in electricity use during peak hours, according to a leaked paper seen by the Guardian.
The talks set the stage for a period of intense negotiations, with European Commission president Ursula von der Leyen expected to set out legal proposals on the EU’s energy crisis response next Wednesday.
Countries that import large volumes from Russia, including Hungary, Slovakia and Austria, have spoken out against the cap proposal because they fear the Kremlin would halt all gas flows, plunging their countries into recession.
“If price restrictions were to be imposed exclusively on Russian gas, that would evidently lead to an immediate cut-off in Russian gas supplies,” said Hungarian foreign minister Péter Szijjártó, who was attending the meeting. “It does not take a Nobel Prize to recognise that.”
Around a dozen countries, including France and Poland, say the price cap should apply to all imported gas, including liquified natural gas. The EU energy commissioner voiced doubts about that approach, saying that a general price cap “could present a security of supply challenge”.
Views 59