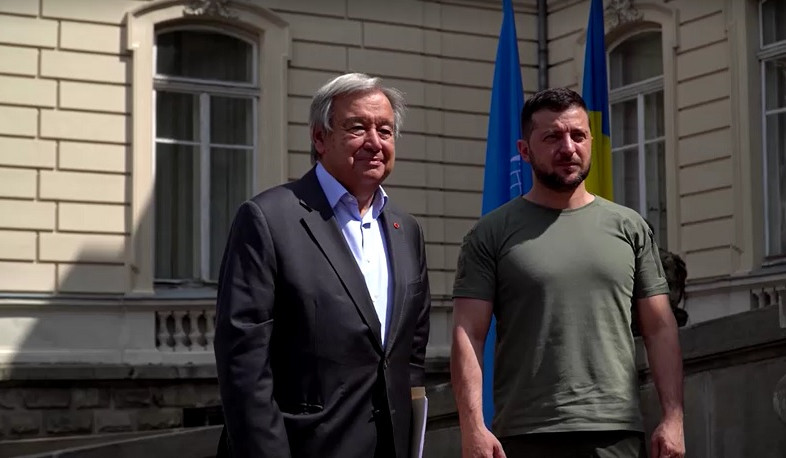 Reuters. Ukrainian President Volodymyr Zelenskiy said after talks on Thursday (August 18) with visiting U.N. Secretary-General Antonio Guterres that the United Nations must ensure the security of the Zaporizhzhia nuclear power plant under the control of Russian forces.
"Particular attention was paid to the topic of Russia's nuclear blackmail at the Zaporizhzhia NPP. This deliberate terror on the part of the aggressor can have global catastrophic consequences for the whole world," he wrote on the Telegram messaging app.
"Therefore, the U.N. must ensure the security of this strategic object, its demilitarisation and complete liberation from Russian troops," Zelenskiy said.
Zelenskiy is also meeting with his Turkish counterpart Tayyip Erdogan in Lviv for the first time since Russia's special military on Feb. 24.
Zelenskiy, Erdogan and Guterres are expected to hold further talks on grain exports.
Erdogan's office said he would address ways to increase exports of grain and steps that could be taken towards ending the conflict between Ukraine and Russia through diplomatic means.
Author:Davit Muradyan
Views 13