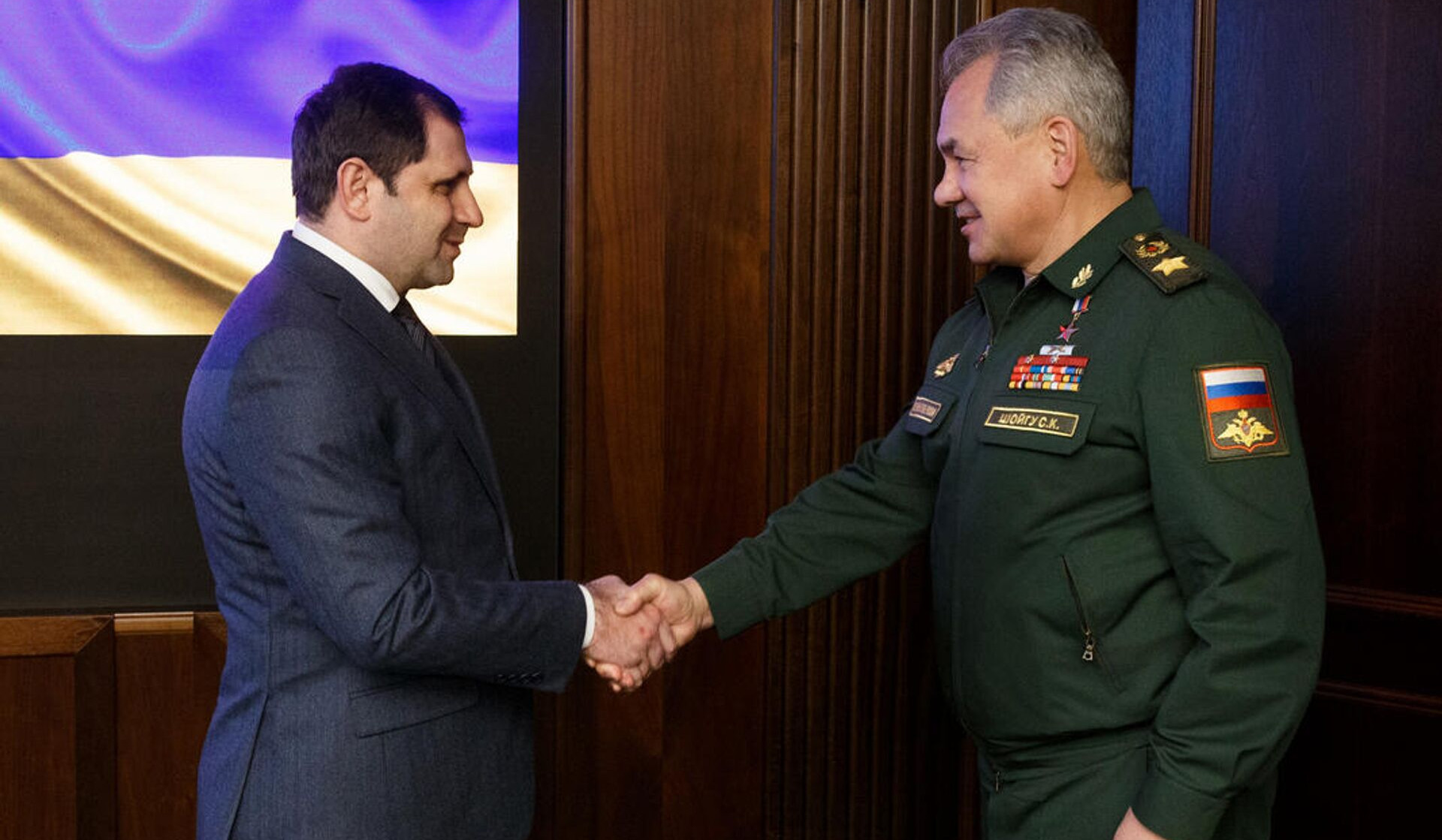 Armenian Defense Minister Suren Papikyan had a meeting with the Minister of Defense of Russia Sergey Shoygu within the framework of the Moscow Conference on International Security, RIA Novosti reports.
Issues related to the activities of the Russian peacekeeping forces in Nagorno Karabakh were discussed, among other issues.
During the meeting the Russian Defense Minister said: “We have issues to discuss, among them are traditional issues related to our military-technical and military cooperation. Of course there are also issues related to our peacekeeping contingent which is carrying out its objectives in Nagorno Karabakh. As before, we are sure, as well as you, that the main stabilizing factor is the ceasefire regime along the entire length of the line of contact.”
Shoygu thanked Papikyan for participation in the opening of the Army 2022 International Military-Industrial Exhibition and the International Army Games 2022 tournament, as well as the Moscow Conference on International Security.
In turn, Armenian Minister of Defense Suren Papikyan said that the August 16 meeting with Shoygu is already their second meeting this year, which shows the high level of the Armenian-Russian collegial bilateral partnership.
“This meeting is very important for us. We highly appreciate the level of the Armenian-Russian parternship, as well as the role of the Russian presence in South Caucasus,” Papikyan said.
Views 348