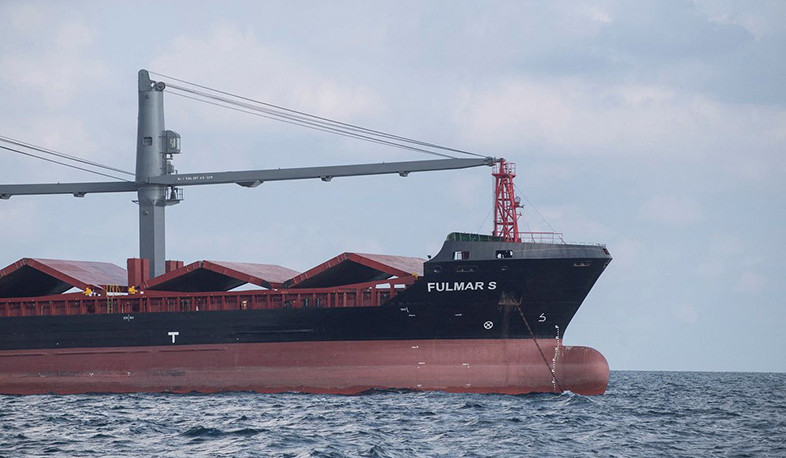 The Ministry of Infrastructure of Ukraine reported on Saturday Barbados-flagged Fulmar S cargo ship left the port of Chornomorsk and headed to Turkey. According to the ministry, the ship formed a caravan with Marshall Island-flagged Thoe bulk carrier, bringing the total number of vessels to depart the country under a UN-brokered deal to 16.
Two vessels carry 14,500 tones of agricultural products, the ministry specified.
Footage shows the loading of the Fulmar S vessel in the port of Chornomorsk.
On July 22, Russian, Turkish, Ukrainian, and UN representatives signed agreements to allow exports of grain from blockaded Ukrainian ports with the aim of alleviating the ongoing food crisis.
Author:Davit Muradyan
Views 4