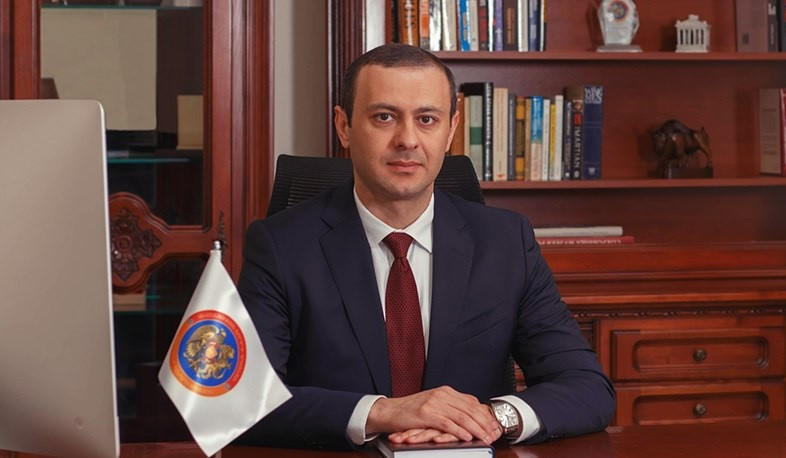 Secretary of the Security Council of Armenia Armen Grigoryan states that Azerbaijan’s demand to organize the traffic connecting Artsakh (Nagorno-Karabakh) with Armenia through a different route instead of the Lachin corridor is not legitimate. Armen Grigoryan said this in an interview to Armenpress.

Question: Mr. Grigoryan, yesterday, during the extended session of the Security Council, the President of Nagorno-Karabakh said that Azerbaijan, through the commanding staff of the Russian peacekeeping contingent, has presented a demand to them to organize the traffic connecting with Armenia by another route. How would you comment on this statement?

Answer: Point 6th of the 2020 trilateral statement of the Armenian Prime Minister, the Russian President and the President of Azerbaijan, which defines issues relating to the creation and activity of the Lachin corridor connecting Nagorno-Karabakh with Armenia, says the following: “The Parties (Armenia, Russia and Azerbaijan) have agreed that a plan for the construction of a new route along the Lachin corridor shall be determined within the next three years, providing communication between Nagorno-Karabakh and Armenia, with the subsequent redeployment of Russian peacekeeping troops to protect this route”. During this period, of course, some work has been done on this direction, but as of this moment there is no agreed plan. In any case, Armenia has not approved any plan, therefore, Azerbaijan’s demand is not legitimate.

Question: But you have stated that Armenia is starting the reconstruction of the Kornidzor-Tegh-M12 road which is supposed to join the new route of the Lachin corridor.