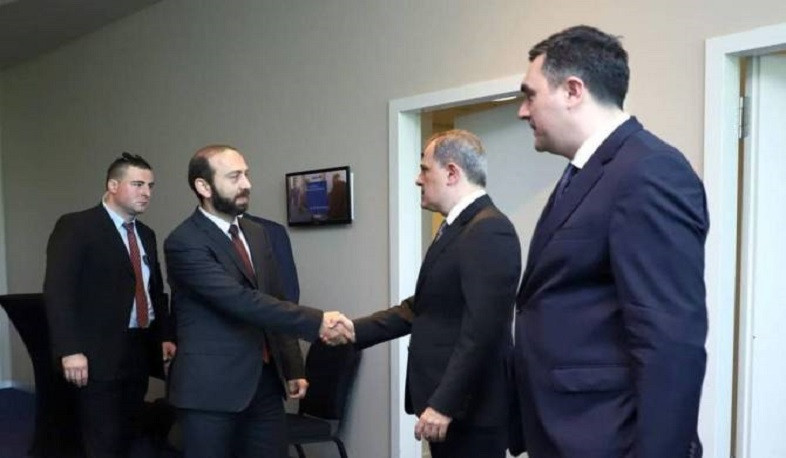 Ararat Mirzoyan-Jeyhun Bayramov meeting is over

The meeting between the Ministers of Foreign Affairs of Armenia and Azerbaijan Ararat Mirzoyan and Jeyhun Bayramov ended in Tbilisi.

Armenia’s Foreign Minister Spokesperson Vahan Hunanyan informed about this in a conversation with ‘Lurer’.

Earlier, we reported that the meeting of the foreign ministers of the two countries started under the hospitality of Georgian Foreign Minister Ilia Darchiashvili.