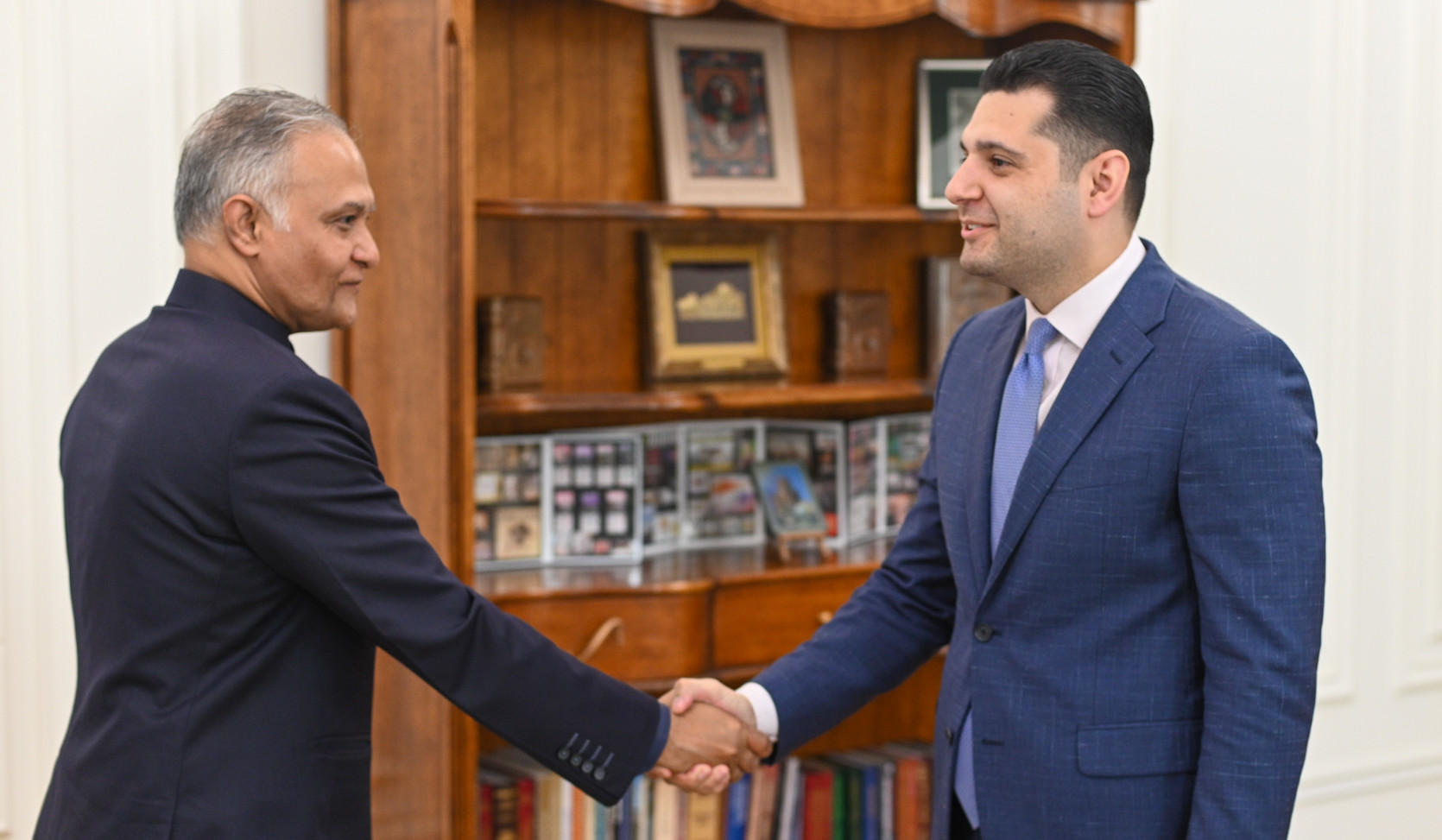 On July 4, Deputy Prime Minister Hambardzum Matevosyan received Secretary of the Western Direction of the Indian Foreign Ministry Sanjay Verma. He is in Armenia to participate in the 8th meeting of the Armenian-Indian intergovernmental commission for cooperation in trade, economy, technology, science, education and culture.

According to the press service of the government, the meeting was also attended by Indian Ambassador to Armenia Kishan Dan Deval, Armenian Deputy Foreign Minister Mnatsakan Safaryan and others. Welcoming the guests, Deputy Prime Minister Matevosyan highly appreciated the holding of the 8th meeting of the Intergovernmental Commission in Armenia after a certain break and stressed that this is a good opportunity to stimulate interstate relations between the two countries in a number of areas, especially in the trade, economic, health and educational fields.

During the meeting, among other issues, the parties also touched upon the prospects for the implementation of international transport projects in the region.

Hambardzum Matevosyan, informing that the Armenian government is investing heavily in the development of infrastructures, noted that he also expects the active participation of Indian construction organizations in these large tenders.

At the end of the meeting, the parties expressed their readiness to develop the existing relations between the two countries.