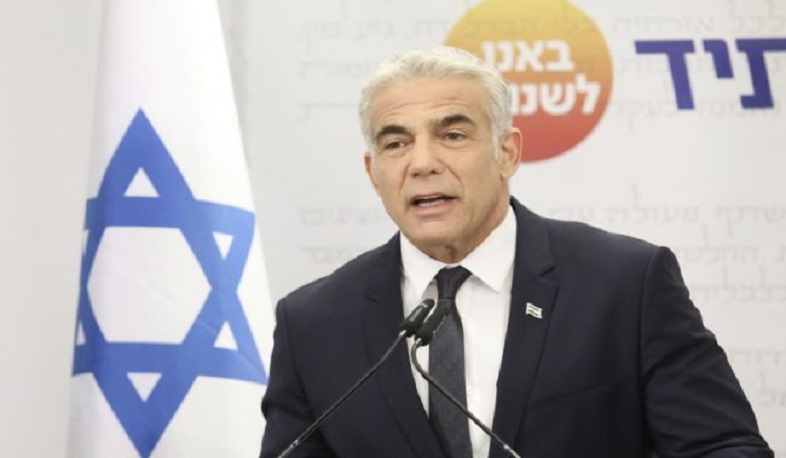 Yair Lapid officially became Israel’s prime minister on Thursday, after the Knesset dispersed itself and scheduled a November 1 election, The Jerusalem Post reports.
"Congratulations to Yair Lapid, Israel’s new Prime Minister, and thank you to Alternate Prime Minister Naftali Bennett for your friendship over the past year," US President Joe Biden congratulated Lapid.
US Secretary of State Antony Blinken also offered "warmest congratulations" on Thursday night.
Lapid will lead the interim government until a new coalition is formed.
In accordance with the coalition agreement, Naftali Bennett stepped down from the premiership, becoming alternate prime minister, a title Lapid held for the past year. Lapid will remain foreign minister, as well.
Lapid’s first stop after becoming prime minister was the Hall of Remembrance at Yad Vashem, which he said he visited “to promise my father that I will always keep Israel strong and capable of defending itself and protecting its children.”
His father, former justice minister Tommy Lapid, was a Holocaust survivor.
Lapid then went to the Prime Minister’s Office for a handover ceremony and transition meeting with Bennett. Lapid’s wife, Lihi, and Bennett’s wife, Gilat, and their children attended, as did Prime Minister’s Office staff, but the ceremony was otherwise closed to press or guests.
Views 51