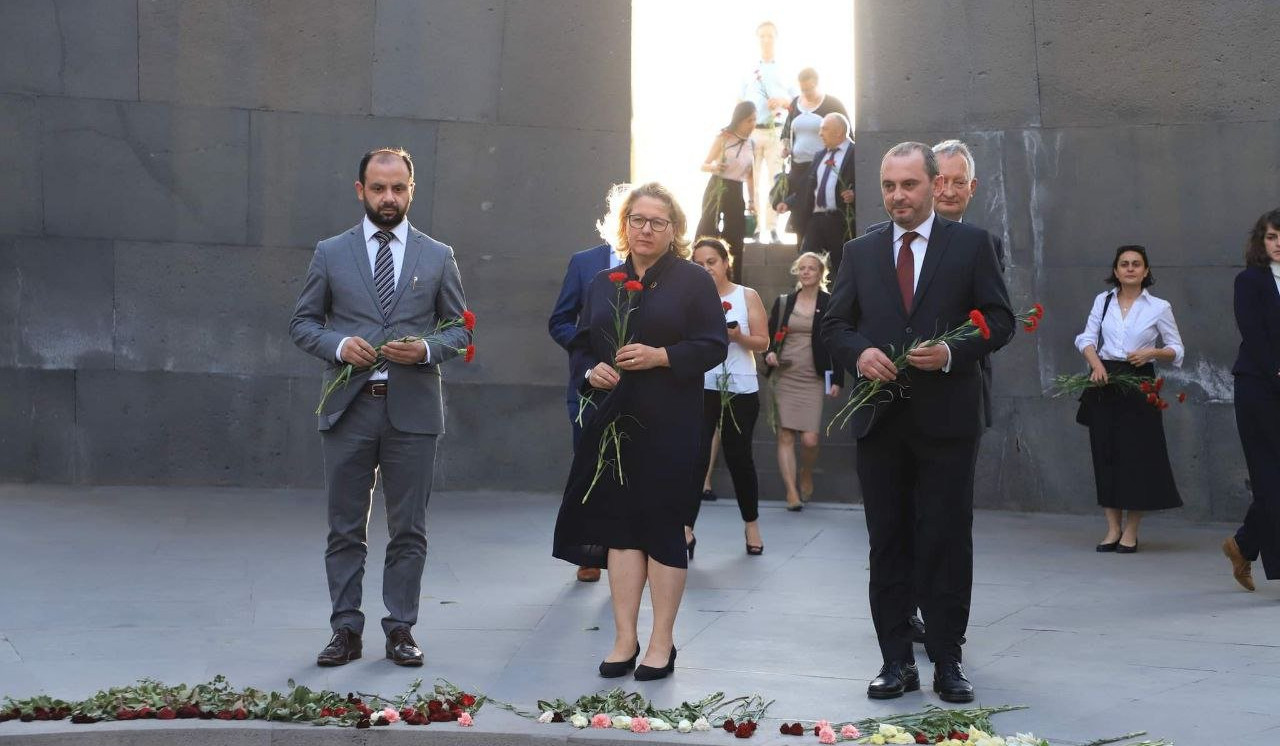 The delegation headed by the Federal Minister of Economic Cooperation and Development of Germany Svenja Schulze visited the Armenian Genocide Memorial accompanied by Armenian Deputy Minister of Economy Armen Arzumanyan, the Ambassador Extraordinary and Plenipotentiary of Germany to Armenia Victor Richter and the Ambassador Extraordinary and Plenipotentiary of Armenia to Germany Victor Yengibaryan.

She also presented the history of three khachkars (cross-stones) installed in the territory of Tsitsernakaberd, which are dedicated to the memory of the Armenians who died during the ethnic cleansing of the Armenian population in Azerbaijan at the end of the last century.