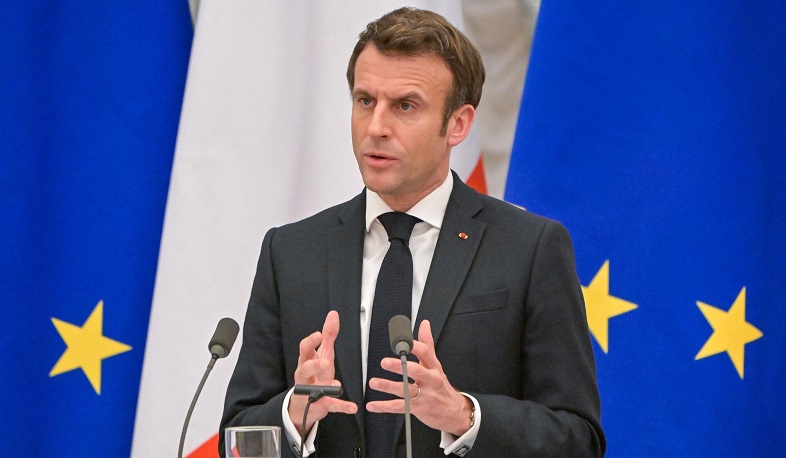 Macron said France does not want to fight with Russian people

French President Emmanuel Macron said that France and the European Union do not want to fight Russia and the Russian people, TASS reports.

As the French leader emphasized on Wednesday at a press conference following talks with Romanian President Claus Iohannis at the Mihail Kogălniceanu Air Force Base in Constanta County (southeast Romania), France "clearly called" for sanctions against Russia for its actions in Ukraine. "But we also want to build peace, which means that at some point the fire must be stopped and negotiations resumed," he continued.

“Together with President [Ukraine Volodymyr] Zelensky, we reaffirmed that we Europeans share one continent, geography is stubborn, and Russia will remain where it is, where it was yesterday and where it will be tomorrow. Russia is a formidable power, and we don't want to fight the Russian people,” Macron said.

"For Ukraine to win and cease fire, negotiations are needed, the Ukrainian president must negotiate with Russia, and we Europeans will also be at this table, providing security guarantees and elements that depend on us. This is the reality, it must prevail in a certain moment, and no excessive speech should darken our future."

During his visit to Romania, the French President met with the military of France and a number of other NATO countries stationed at the Constanta base. From Romania, Macron will travel to Moldova, where he will meet with the country's President Maia Sandu, and possibly to Kyiv.

The French Foreign Ministry also denied the supply of cluster ammunitions from Paris to Ukraine, and stressed its commitment to international agreements banning such weapons.

Contrary to Macron's statement, NATO Secretary General Stoltenberg stated in The Hague after talks with the heads of government of the Netherlands, Belgium, Denmark, Poland, Romania, Portugal and Latvia that the Ukrainian resistance in the East depends entirely on the supply of heavy weapons.

The head of the Pentagon at the meeting of the headquarters on Ukraine urged not to reduce the supply of weapons to Ukraine, considering it inadmissible. On the contrary, Lloyd Austin called for increased military aid to Kyiv.

According to Bloomberg, the United States plans to provide a new $ 650 million military aid package to Ukraine.