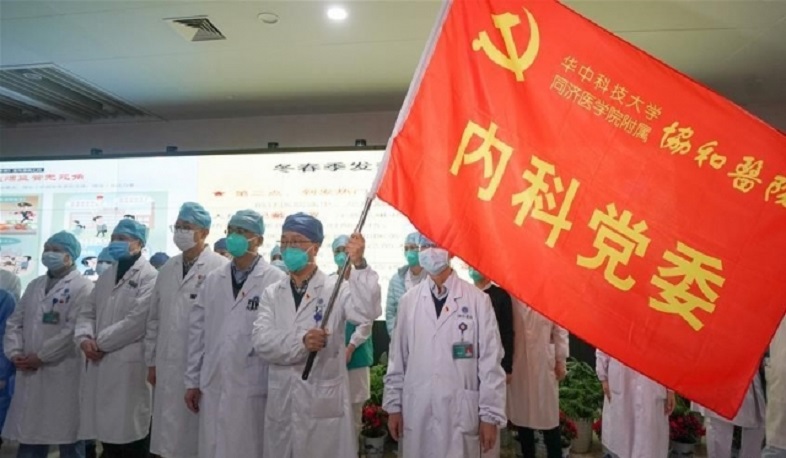 Officials in a Chinese city on the border with North Korea say they can’t figure out where persistent new Covid-19 infections are coming from -- and suspect the wind blowing in from their secretive neighbor, Bloomberg reports.
Despite being locked down since the end of April, daily cases have been trending up in Dandong, a city of 2.19 million. Most of the infected people found in the community during the past week hadn’t been outside of their housing compounds for at least four days prior to their diagnosis, according to the city’s Center for Disease Control.
While the virus is flaring elsewhere in China, including in its northern regions, officials say they’re unable to establish a chain of transmission. Their suspicions have instead settled on their neighbor, with authorities urging residents living by the Yalu River that runs between the two countries to close their windows on days with southerly winds, according to a government notice. They’re also being asked to go for more frequent testing, said a Dandong resident, who asked not to be named for fear of reprisal.
There isn’t any clear scientific evidence backing up the theory. Research shows that infections through airborne transmission are unlikely over long distances, particularly in outdoor settings without repeated exposure. And not everyone in China is convinced. Many social media users scoffed at the suggestion that the virus could travel in the air for hundreds of meters.
Still, some residents suspect authorities are considering the possibility that the virus is being carried through the air from North Korea, the person said. The isolated nation is experiencing a full-blown crisis with suspected cases topping 4 million since late April, according to the state-run Korean Central News Agency.
Representatives from the Dandong and Liaoning health authorities said they had no details about the virus spreading through the air when reached by phone.
North Korea and China share a porous 1,300 kilometer (807 mile) border, in some areas separated by the Yalu River that is less than one kilometer wide in parts of Dandong.
Views 62