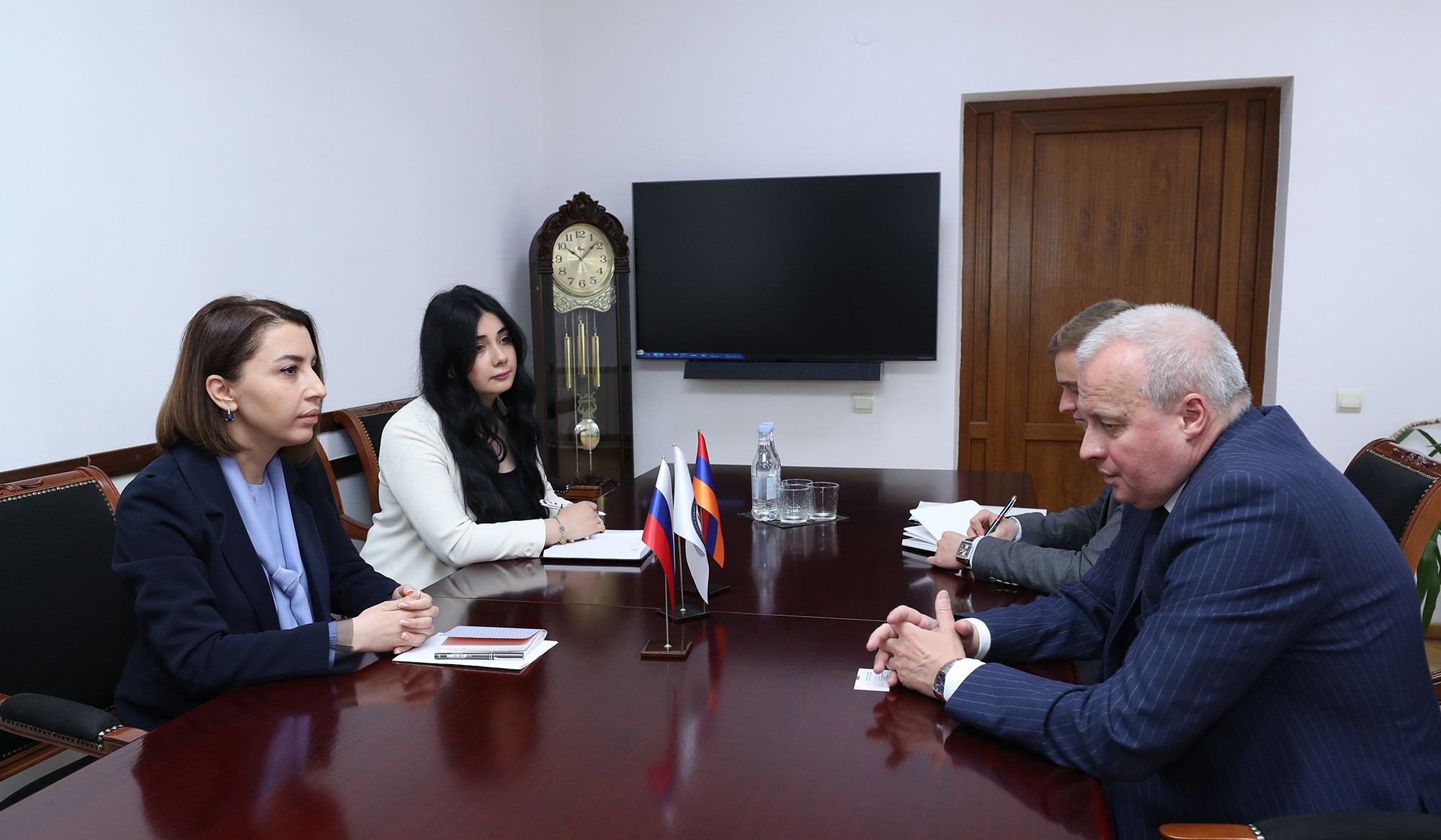 The Russian Ambassador congratulated Grigoryan on assuming office and attached importance to effective cooperation between the embassy and the Human Rights Defender’s Office and emphasized their readiness to continue the cooperation.

Ambassador Kopirkin highlighted the important role of the Human Rights Defender in terms of the development of state institutions and properly reacting to the developments taking place in the country. He appreciated the Human Rights Defender’s efforts aimed at guaranteeing the freedom of assembly taking place during these days and respect and protection of human rights during the rallies.

Grigoryan addressed the urgency of repatriating the Armenian prisoners of war, including civilians, held in Azerbaijan and stressed the important and responsible role of Russia in this matter.

The Human Rights Defender presented the security issues, humanitarian and social issues identified during the regular meetings with the families of the POWs, families of those missing, as well as the residents of border towns.

Grigoryan expressed hope that Russia will continue its important efforts in the direction of repatriating the POWs.

The sides stressed the importance of close cooperation between Armenian and Russian Human Rights Defender institutions both bilaterally and multilaterally, including as part of the Eurasian Ombudsmen Alliance.