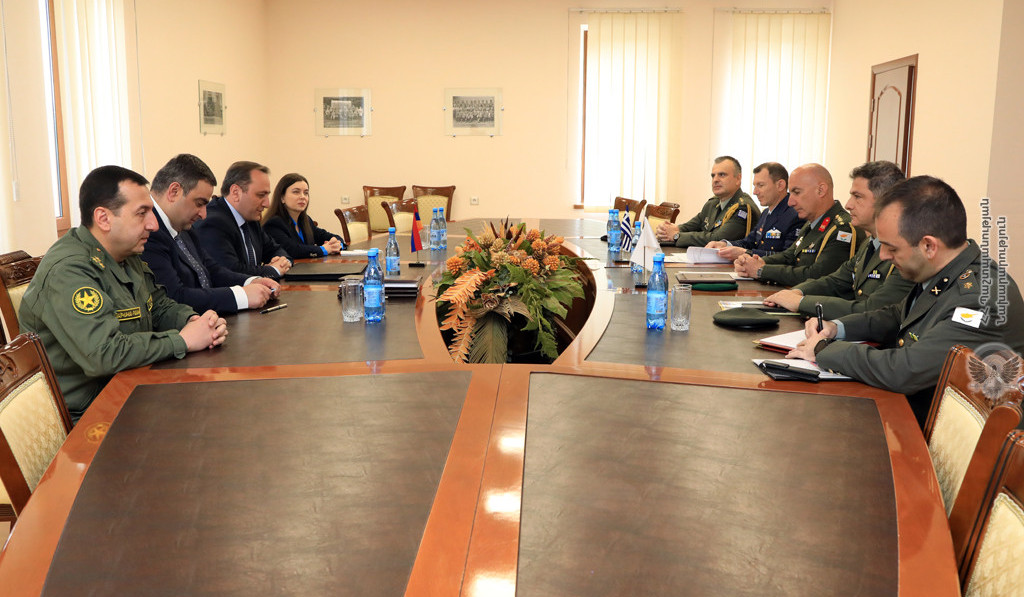 On May 10, Armenia-Greece-Cyprus trilateral cooperation planning consultations were held in the administrative complex of Armenia’s Ministry of Defense.

The head of the Department of Defense Policy and International Cooperation of Armenia’s Ministry of Defense presented the situation on the Armenian-Azerbaijani border and in Artsakh (Nagorno-Karabakh), stressed the need for efforts for stability and peace in the region.

The signed documents envisage several dozen events in Armenia, Greece and Cyprus, which include combat training in special forces, peacekeeping, military medicine, engineering, and other fields, exchange of experience in various fields, exchange of information and military consultations. 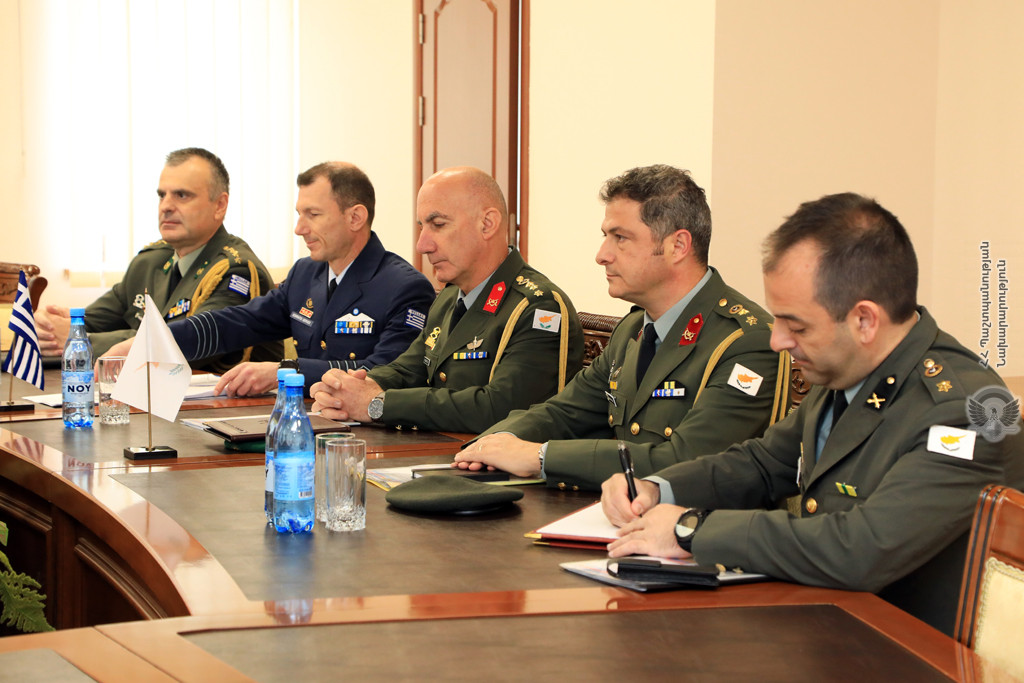 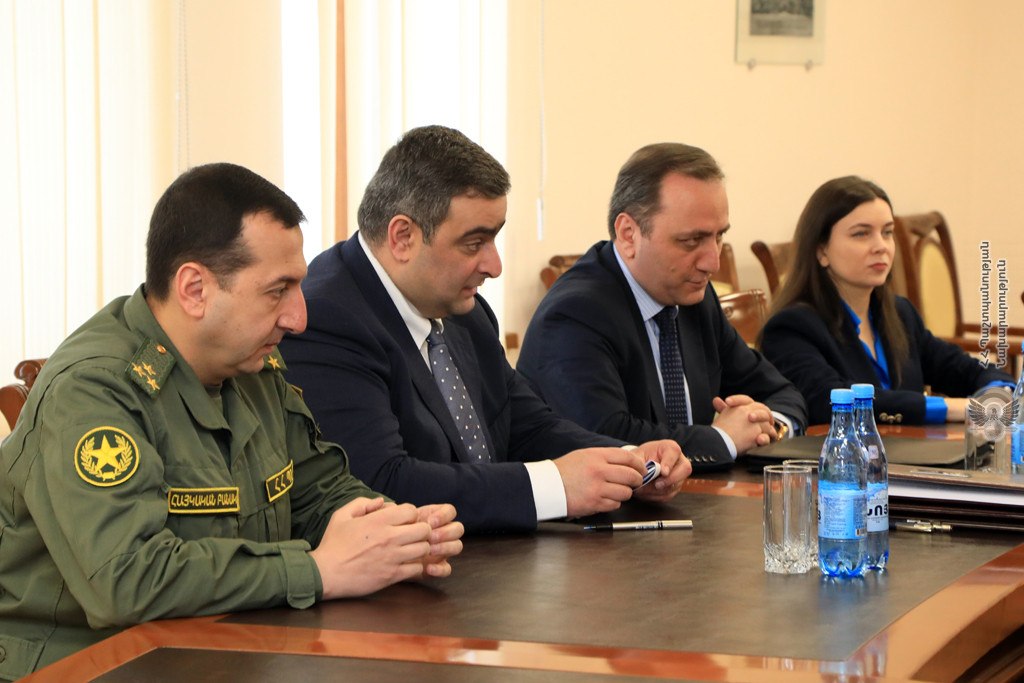 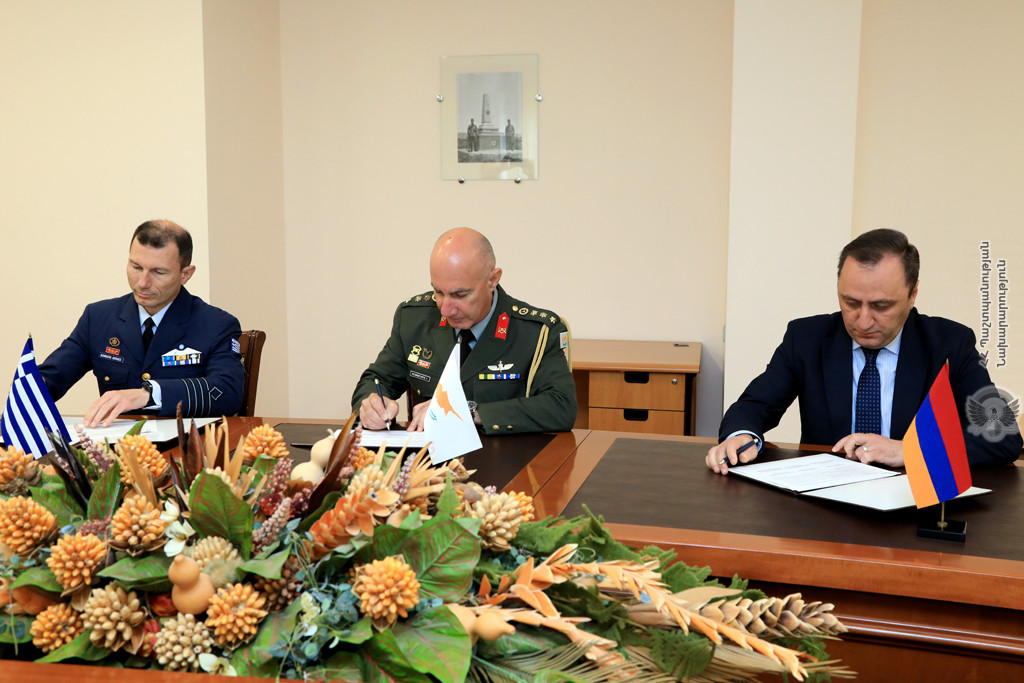 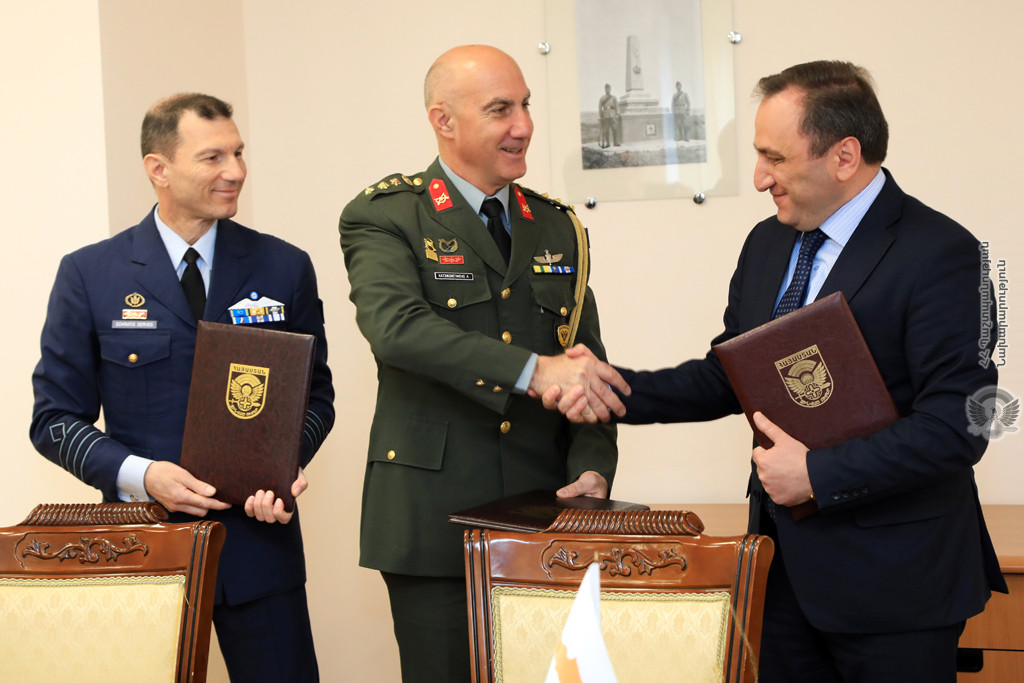