Justice Minister of Armenia Karen Andreasyan met with Prime Minister of Georgia Irakli Garibashvili during his official visit in Tbilisi, the Ministry said in a news release.

During the meeting, the importance of the cooperation memorandum signed between the Armenian and Georgian ministries of justice this year in January was emphasized. The Georgian PM highlighted the agreement reached between the justice ministers of the two countries to strengthen the cooperation in justice, human rights and public services field.

Minister Andreasyan introduced the Georgian PM on the cooperation between the two countries in justice sector. The importance of preserving peace and stability in the region and jointly fighting the current challenges was emphasized.

The Georgian PM’s initiative ‘Peaceful Neighborhood in South Caucasus’ was also discussed during the meeting. In this context the Georgian side affirmed its readiness to contribute to the strengthening of peace in the region. 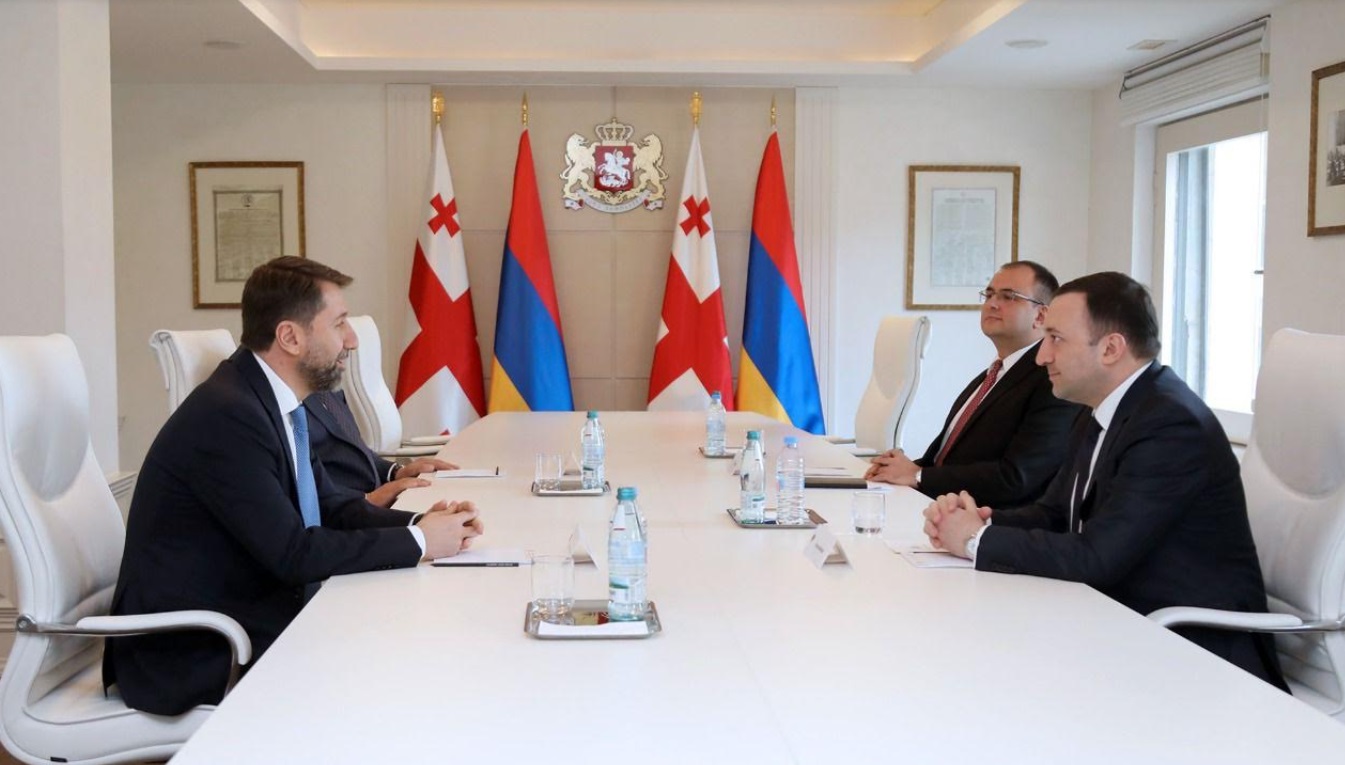