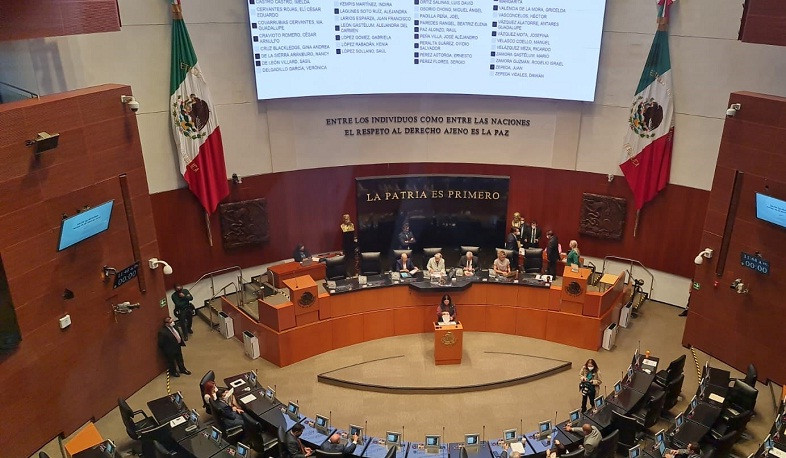 A commemoration event dedicated to the 107th anniversary of the Armenian Genocide was held on April 26 during the plenary session of the Senate of Mexico, the Armenian Embassy in Mexico reported.

During the session Senator Alejandra León delivered remarks touching upon the massacres of the Armenian population perpetrated in the Ottoman Empire, and urging the Mexican Senate and government to recognize the Armenian Genocide.

At the proposal of the Senate President, the attendees honored the memory of the Armenian Genocide victims with a moment of silence.

During a press conference following the session Ambassador of Armenia to Mexico Armella Shakaryan said the recognition and commemoration of the genocides of the past are vital for preventing the repetition of such crime in any part of the world.

The Ambassador said the impunity of the Armenian Genocide today inspires those who are planning new international crimes. She said that the war unleashed by Azerbaijan against Nagorno-Karabakh in 2020, which was accompanied by crimes and ethnic cleansing, showed that the impunity of the crimes carried out in the past could have irreversible consequences.