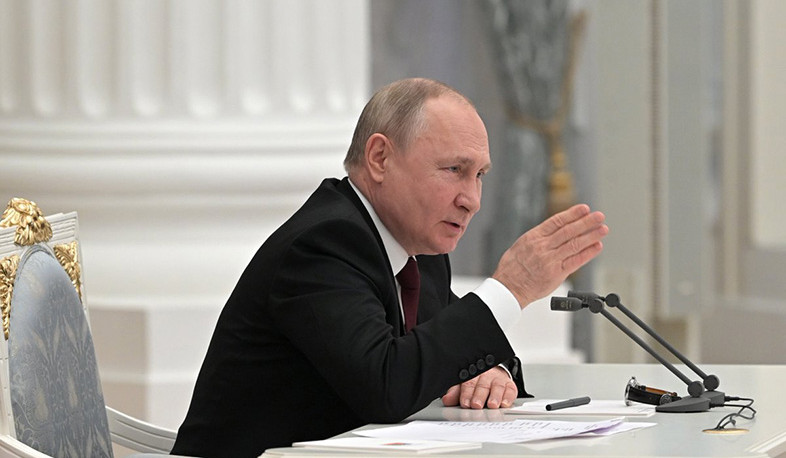 Putin instructed to transfer deterrence force to a special regime

In response to aggressive statements in the West Russian President Vladimir Putin has issued orders to introduce what he described as a "special service regime" in the Russian army’s deterrence force, TASS reports.
"Top officials in NATO’s leading countries have been making aggressive statements against our country. For this reason, I give orders to the defense minister and chief of the General Staff to introduce a special combat service regime in the Russian army’s deference forces," Putin said at a meeting with Defense Minister Sergey Shoigu and Chief of the General Staff Valery Gerasimov in the Kremlin on Sunday.
Putin stressed that the Western countries were also taking unfriendly actions against Russia in the economic sphere.
"I am referring to the illegitimate sanctions, which are very well-known to everybody," he added.
The meeting took place against a backdrop of Russia’s special military operation in Ukraine, which Moscow began in response to a request for assistance from the leaders of the Donbass republics.
Author:Davit Muradyan
Views 2701