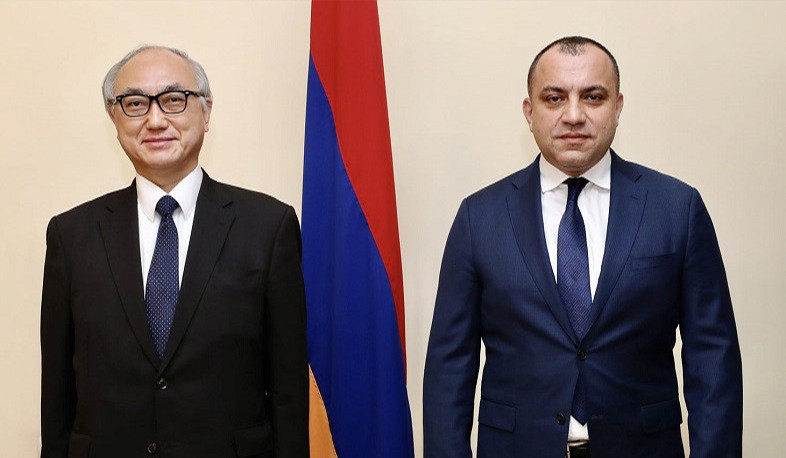 On January 27, Arman Dilanyan, the President of the Constitutional Court of the Republic of Armenia received Masanori Fukushima, the Ambassador Extraordinary and Plenipotentiary of Japan to Armenia.

Ambassador Masanori thanked Arman Dilanyan for the meeting opportunity, mentioning that the Japanese side is committed to support Armenia in strengthening its democratic values. The Ambassador also valued the strengthening of cultural and educational ties of Armenia and Japan.

The interlocutors exchanged thoughts on the activation of juridicial ties. Both sides valued the further development of the dialogue and the strengthening of mutual ties between the Constitutional Court of Armenia and the Supreme Court of Japan.