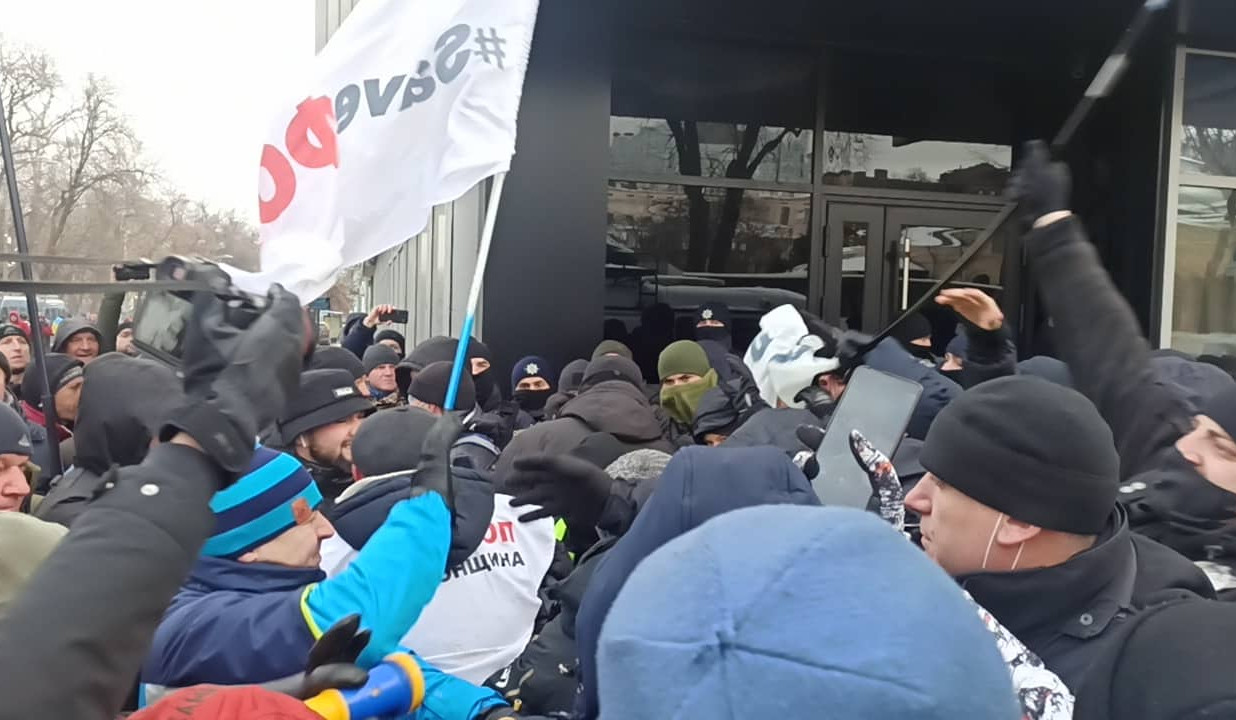 "We demand the abolition of bad norms, the adoption of Law 58661, or let the government go. If it does not review the mistakes it has made, it will not begin to repeal the rules it has adopted for entrepreneurs: laws 128, 129, 786, 1017, bill 5600, and many, many other things, will not begin to revise the incompetent tariff policy, because today we are already uniting protests of the movement concerning all factors of extermination of Ukrainians, we do not need such power," said Dorotych.

"First, we have no other options. For two years, we were on economic grounds, demanding economic bills. Now we have a question: either you are passing a law that society demands - it is a question of passing laws that affect microbusiness and more - or go away. We have already come out with political demands, and then the resignation of the Verkhovna Rada, the dissolution of the Verkhovna Rada, the resignation of the Cabinet of Ministers, the president as well," Dorotych said.

The leader of the SaveFOP movement notes that the words of the Chairman of the Tax Committee of the Verkhovna Rada Danylo Hetmantsev that all the demands of entrepreneurs are only provocations is a provocation and a means of expelling entrepreneurs abroad.

The press service of the National Police of Ukraine noted that in order to ensure public safety and order, police officers together with soldiers of the National Guard of Ukraine and employees of the State Emergency Service are on high alert. In order to prevent offenses, the police conduct preventive work with the participants of the event.

At the same time, the protesters noted that law enforcement officers blocked their buses and did not allow other protesters to march to the square. Currently, there are about 1,000 protesters in the square.

Businessmen demanding a reduction of the tax burden in Kyiv tried to break into the building of the Verkhovna Rada, after which a fight broke out between them and the police, RIA Novosti reported.

They marched through the central streets of the city, then returned to the building of the Verkhovna Rada and continued the protest, trying to enter the parliament building. As a result, security forces arrested several protesters, including the organizers of the rally, and used tear gas.