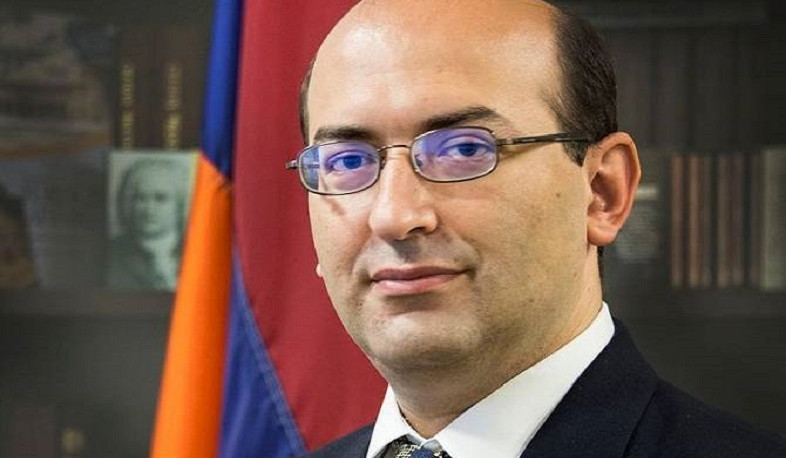 We celebrate 30th anniversary of Armenian-Greek relations with close ties at highest political level: message of Armenia’s Ambassador to Greece

The Ambassador Extraordinary and Plenipotentiary of the Republic of Armenia to Greece Tigran Mkrtchyan sent a message on the occasion of the 30th anniversary of the establishment of diplomatic relations between Armenia and Greece.

On January 20, 2022 marks the 30th anniversary since the establishment of diplomatic relations between Armenia and Greece.

Our brotherly relationships passed all the tests of time and history and thus became stronger. The Greek and the Armenian people are two brothers of relative cultures who can always stand strong when they act together. I can say for sure that we are celebrating the 30th anniversary of our close ties at the highest political level.

On the other hand, we will deepen the financial and trade ties by any means, for which there is an affordable ground. Cultural diplomacy is a powerful tool for both Greeks and Armenians. Although we think we know each other well enough, there is always room to learn more and interact more.

The opportunities to know and love one another through culture are endless. High-level military relations deepen even more - something that is a pleasant, but also an important fact.

There are events dedicated to the 30th anniversary of the establishment of diplomatic relations. We will update along the year. Yesterday, on the occasion of the anniversary, emblematic points of various cities in Greece - from East to West, and from North to South - were illuminated in the colors of the three-color flag of Armenia. I would like to thank all the City Councilors for responding to our request.

I thank those politicians of Armenia and Greece, as well as those representatives of the Greek-Armenian Community who for thirty years have made an undisputed contribution to the building of the Armenian-Greek relations.