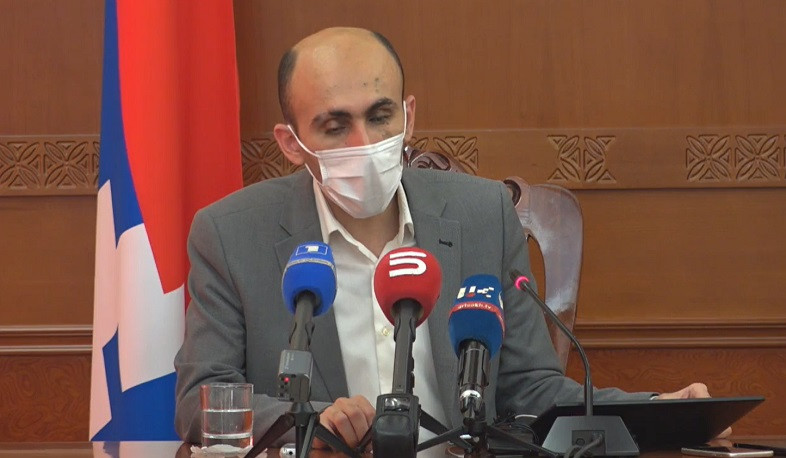 Artsakh Republic has a perspective; guarantee of that perspective is to live on this land: Artak Beglaryan

The issue of Artsakh’s (Nagorno-Karabakh) independence can be succeeded if we with the whole nation have the appropriate vision and professionalism. Artsakh State Minister Artak Beglaryan said this during the annual final press conference.

“I believe that the Artsakh Republic has a perspective, the guarantee of that perspective is to live and to create here, on this land. And we must persistently strengthen our statehood in a professional, effective way, which is not an easy way. A rather difficult way awaits us, but I am sure that there will be results,” he said.

Speaking about Artsakh's connection with the international community, Beglaryan noted that often these are informal contacts, and the main contacts, as always, both before and after the war, take place through Armenia’s state bodies, especially the diplomatic corps.

According to Artak Beglaryan, Artsakh's international isolation has deepened since the end of the war.

“Azerbaijan is making all possible efforts in that direction. The OSCE Minsk Group Co-Chairs have not visited Artsakh so far, it is the “grace” of Azerbaijan, the same in the case of UNESCO, the UN High Commissioner for Refugees, and the Commissioner for Human Rights of the Council of Europe, who announced that they would come to Artsakh. They have even mentioned deadlines, but they did not come. The reason for all this is Azerbaijan's blockades,” Beglaryan said.

As for the issue of detainees in Azerbaijan, the Artsakh State Minister said the following:

“In fact, it is a very painful issue, in many cases it is an issue that does not depend on us. The Azerbaijani side, violating all the basic international norms - humanitarian, human rights, keeps people, citizens, and servicemen there. But, unfortunately, they use our compatriots as hostages, levers of trade on both the Republic of Armenia and Artsakh. In cases when our civilian passes to the Azerbaijani side due to getting lost, we are mainly able to return him/her through direct contact or through the mediation of Russian peacekeepers. As for the citizens captured in Khtsaberd, we have no leverage to directly influence, and we raise the issue with the Russian side. The results are not very tangible.”

Touching upon the current state of the conflict, the Artsakh State Minister noted that even if Azerbaijan says that the conflict is settled, everyone understands that it is not so.