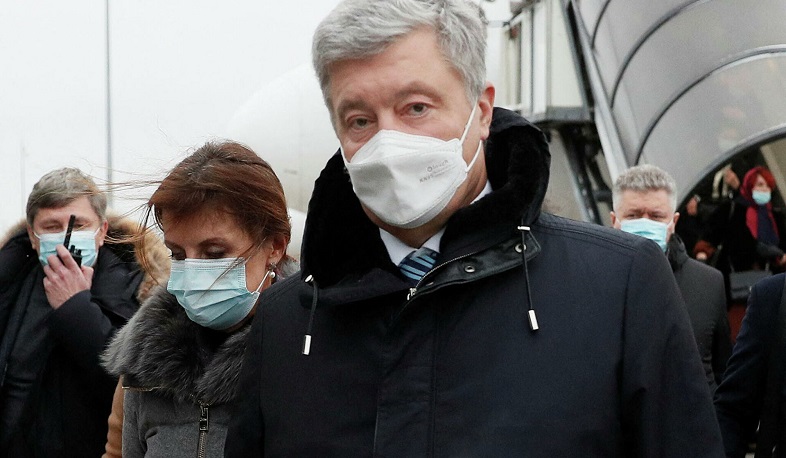 Ukraine’s former president Petro Poroshenko has returned to the country to face court on treason charges he believes are politically motivated, The Guardian reports.
Poroshenko was greeted by several thousand cheering supporters at Kyiv airport, where he arrived on a flight from Warsaw on Monday morning. Some carried banners saying “We need democracy” and “Stop repressions.”
From the airport, Poroshenko headed straight to court, which will rule on whether to remand him in custody pending investigation and trial.
A prosecutor has alleged that Poroshenko, the owner of the Roshen confectionery empire and one of Ukraine’s richest businesspeople, was involved in the sale of large amounts of coal that helped finance Russian-backed separatists in eastern Ukraine in 2014-15.
Poroshenko’s assets have been frozen as part of its investigation into the allegations of high treason. He faces up to 15 years in prison if convicted.
Poroshenko insists he is innocent and accuses his successor as president, Volodymyr Zelenskiy, of seeking to discredit him politically to distract from Ukraine’s widespread problems, including economic woes and rising deaths from Covid-19.
The charges are the latest in a string of accusations levelled against Poroshenko since he was defeated by Zelenskiy in 2019. The allegations have generated concerns of undemocratic score-settling in Ukraine and also alarmed the country’s allies.
Views 21