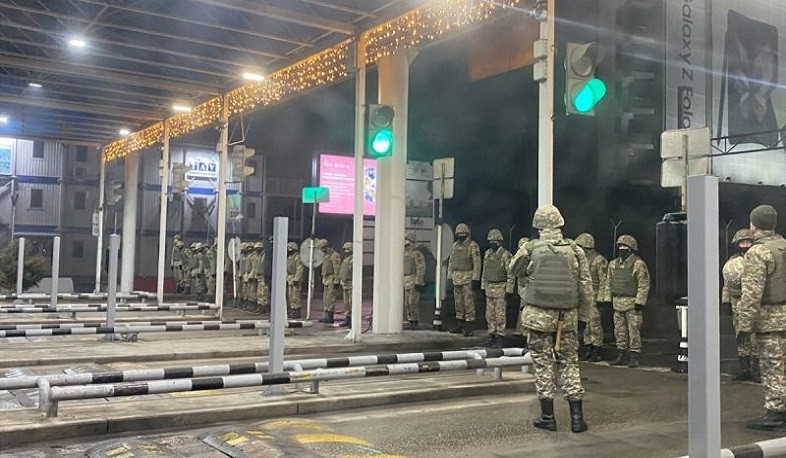 The airport in Almaty has been taken over, witnesses said, AKIpress reports.
Airport workers are evacuated, Orda.kz reported.
It was reported earlier that Almaty International Airport was cordoned off for security purposes and it was functioning as normally.
"Passengers were told all day long that army protects the airport, planes depart as normally, registration was done manually. The security service of the airport said now the airport was taken over and no flights will be operated today," blogger Alisher Yelikbaev said, who stays in the hotel near the airport. He was supposed to depart at midnight.
The press service of Almaty International Airport confirmed takeover.
"Around 45 capturers remain in the airport building. Our workers left the airport as soon as they entered the building," the press service said.
There were no passengers in the terminal by the moment of airport takeover. They were evacuated in advance.
"Military personnel left the airport and we do not know when. Airport workers evacuated passengers on their own," the press service said.
Internet access has been cut in Kazakhstan amid mass protests sparked by rising fuel prices, BBC reports.
Anti-government protesters in the main city, Almaty, stormed the mayor's office on Wednesday. Part of the building appeared to be on fire.
Protests have also erupted in several other cities, with security forces using tear gas and stun grenades.
The president has promised a tough response, calling the protests a "black period" in the country's history.
"As president, I am obliged to protect the safety and peace of our citizens, to worry about the integrity of Kazakhstan," Kassym-Jomart Tokayev said in a TV address. He called the protesters "plotters" who were "financially motivated".
Internet services in the country have been disrupted since Tuesday. By Wednesday, internet monitoring group NetBlocks reported that Kazakhstan was "in the midst of a nation-scale internet blackout".
It came as thousands of people took to the streets, despite a state of emergency in the capital Nur-Sultan, in Almaty, and in the western province of Mangistau.
In Almaty, protesters gathered at the mayor's office before eventually storming it. Videos on social media showed a plume of smoke rising from the building, while gunfire could also be heard.
The city's police chief, Kanat Taimerdenov, said "extremists and radicals" had attacked 500 civilians and ransacked hundreds of businesses.
Water cannon was used against protesters in the western city of Aktobe. There are reports that security forces have sided with protesters in some places.
Views 33