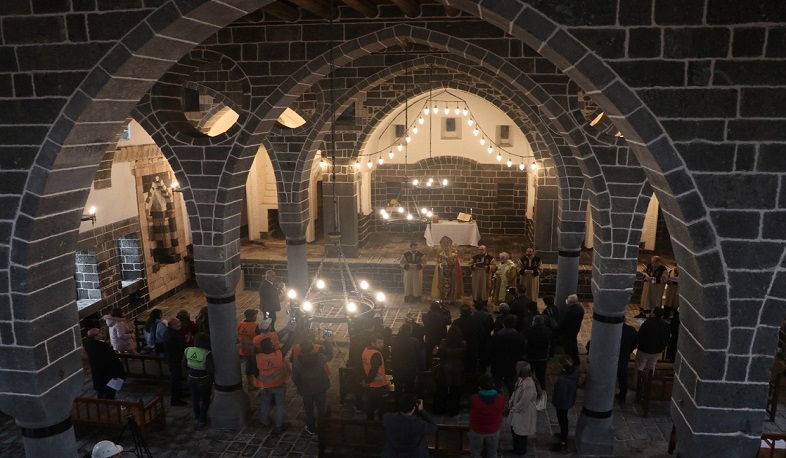 The Armenian Catholic Church in Turkey's Diyarbakir has transferred to the possession of the local university for a term of ten years after restoration by the state, Ermenihaber reports.

The Turkish government had expropriated the Catholic Church along with other historical Christian buildings.

Located in Diyarbakir’s Sur district, the St. Hovsep Church was heavily damaged during Turkish-Kurdish clashes in 2015. The restoration was carried out by the Directorate General of Foundations of Turkey.

According to the report, the Church will be now used by the local Dicle University for educational and cultural purposes. At the same time, the right of Armenian catholic community to hold  and attend masses is preserved.

After the restoration of the church, the spiritual leader of the Armenian Catholics of Turkey Archbishop Levon Zekiyan had consecrated the church and served a mass after a long break.