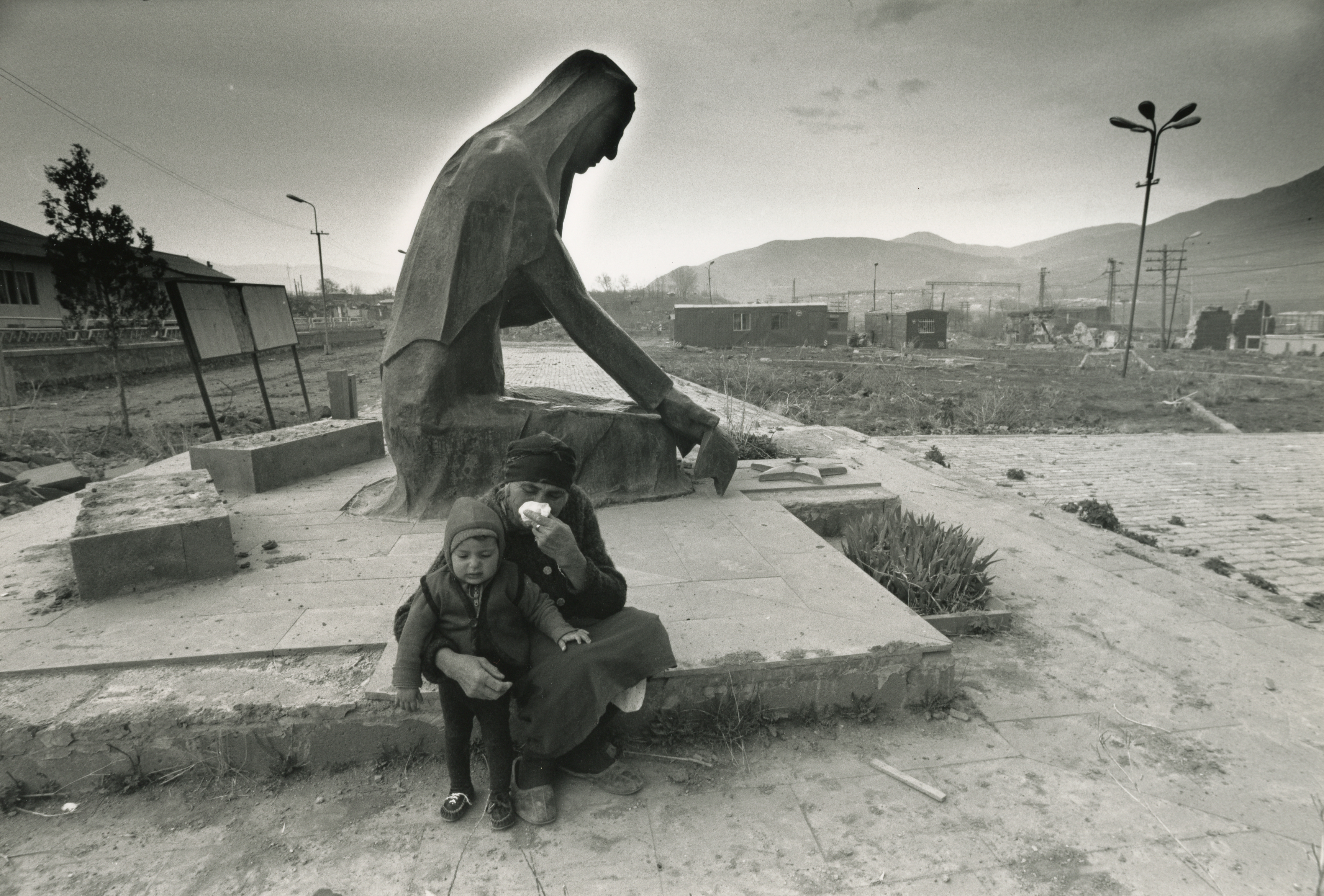 The Promise Armenian Institute is pleased to announce that it has signed a memorandum of understanding (MOU) with the Armenian Film Foundation (AFF) to collaborate on a range of projects that will support Armenian film and photography at UCLA.

On November 18, 2021, the Promise Armenian Institute will host “Aftermath: the Armenian Earthquake of 1988,” the first online exhibit of the Armenian Image Archive, which will celebrate the work of Asadour Guzelian. Guzelian is a photographer based in the United Kingdom who went to Armenia shortly after the earthquake in 1988. This Zoom event will feature some of his photographs, which were featured in mainstream newspapers at the time.

The Armenian Image Archive (AIA) is the first of the new collaborations between PAI and AFF. This new archive has three goals, preservation, research and exhibition of Armenian photographers and photography related to Armenian subject matter. The AIA will identify photography collections around the world, from the mid-19th century up to contemporary collections. It will provide both a repository and an ongoing platform for discourse and study about Armenian photographers.

The Armenian Film Foundation was founded by J. Michael Hagopian, Ph.D., who was instrumental, along with NAASR, in creating the first chair of Armenian Studies at UCLA. Hagopian was a lecturer at UCLA before becoming a documentary filmmaker. With his legacy in mind, the Armenian Film Foundation will support projects at UCLA that tie film and photography to a deeper understanding of Armenian history, culture and the arts.

Joseph Malikian, Ph.D., an expert on early Armenian photography, is working closely with the Armenian image archive. Malikian is the author of The Armenians in the Ottoman Empire: an Anthology and a Photo History, and an upcoming publication, The Krikorians on Jaffa Road.

As part of the Malikian Collection, Malikian has gathered vintage images and the history of many Armenian photographic studios, dating from the 1860s, including Abdullah Freres, Sebah, Sebah & Joaillier, Tarkulyan (Atelier Phebus), Iranian, Gulmez Freres, Lekegian, Krikorian, Sarrafian, Alban, Van Leo, Armand, De Mirjian, Karsh and many others. His collection contains original images from the renowned Armenian photographic studios in Armenia, Tbilisi, Baku, and other parts of what was once the Russian Empire.

“The Armenian Image Archive will also identify previously unknown collections from the Armenian Genocide period,” says Carla Garapedian, Ph.D., of the Armenian Film Foundation.  “Over a hundred years have passed, but there are still photos that haven’t seen the light of day.”

“The UCLA Promise Armenian Institute is very much looking forward to this new partnership with the Armenian Film Foundation. The Armenian Image Archive, as well as all future projects, will enrich the scholarly inquiry of Armenian photography and film at UCLA and make accessible to the public and the academic community footage and collections tantamount to a national treasure.” said Professor Ann Karagozian, the inaugural director of the Promise Armenian Institute. “I also want to acknowledge the UCLA Library and the UCLA Film & Television Archive for their important future role in our AFF partnership. Both organizations are international leaders in preserving and providing access to cultural heritage, and their world-class expertise will amplify the Armenian Image Archive’s work advancing our shared goals.”

The “Aftermath: the Armenian Earthquake of 1988” webinar will take place on Thursday, November 18 at 10:00 AM Pacific Time.