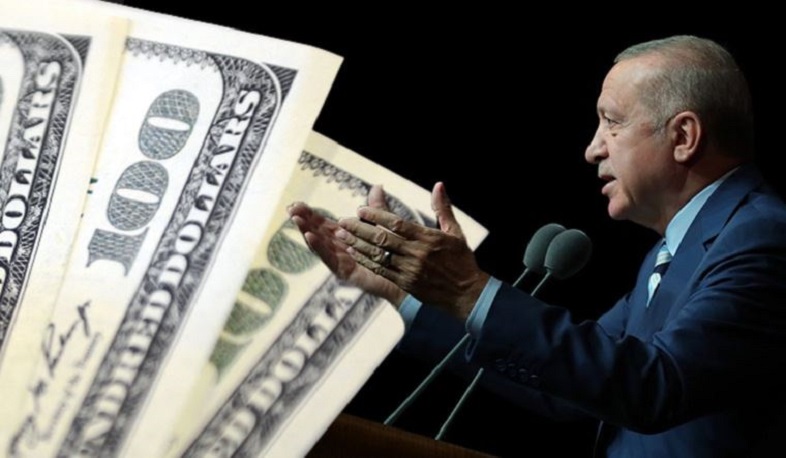 Erdogan wants to increase his salary by 14.4%

Erdogan's proposal to increase the president's salary by 14.4% has become a hot topic in Turkey. It is included in the new draft budget for 2022 submitted to the Parliament.

If the bill is passed, Erdogan’s salary will increase from 88 thousand liras to 100 thousand liras, which is equivalent to about 11 thousand US dollars, Ermenihaber writes.

The opposition criticizes the proposal on social networks. The leader of the Republican People’s Party Özgür Özel said on his Twitter account that the Turkish President’s salary has increased by 4.5 times over the years.

“This one person is stingy towards civil servants, workers, pensioners, and generous towards himself. Luxury to the Palace and misery to citizen,” said the opposition figure.

Erdogan’s main rival in the 2018 presidential election, leader of the ‘Memleket’ (Homeland) party Muharrem İnce, also responded to the proposal. He posted a photo saying ‘100,750 lira, a monarch who raises his salary’ on the social network, and wrote: “Life is beautiful for you. Cook for yourself, eat for yourself.”