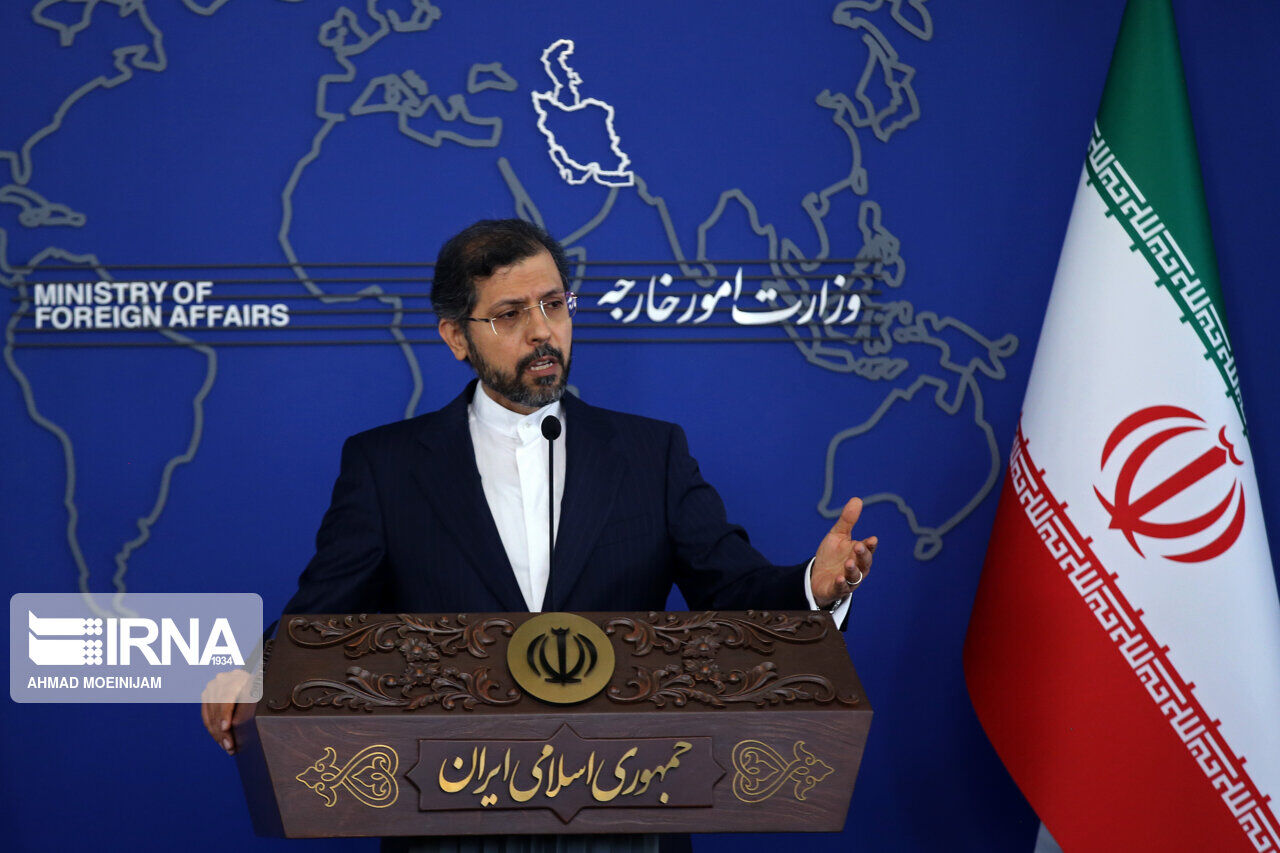 Baku has intention in its baseless media remarks

Iranian Foreign Ministry Spokesman Saeed Khatibzadeh rejected the claims made by Azeri President Ilham Aliyev at the CIS summit, saying Baku seems to have the intention to make baseless media statements, which of course will be responded appropriately, Islamic Republic News Agency reports.

Khatibzadeh stressed the fact that such claims are in line with the Zionist regime’s interests and affect Iran-Azerbaijan brotherly ties.

Emphasizing Iran’s role in fighting narcotics smuggling, he said thousands of martyrs and injured over the last four decades in line with fighting this sinister phenomenon is only an example of Iran’s efforts in this regard, adding that the international bodies confirmed this fact.

Stressing strong relations between Iranian and Azeri nations, Khatibzadeh mentioned that unfortunately, it seems that despite positive and private messages received from Baku, Baku has the intention to make baseless media statements, which of course, will be responded appropriately.

In a virtual meeting with the CIS leaders, Aliev claimed in an unrealistic statement that Armenia, in collusion with Iran, used the former occupied territories of the Republic of Azerbaijan to smuggle drugs into Europe for about 30 years.