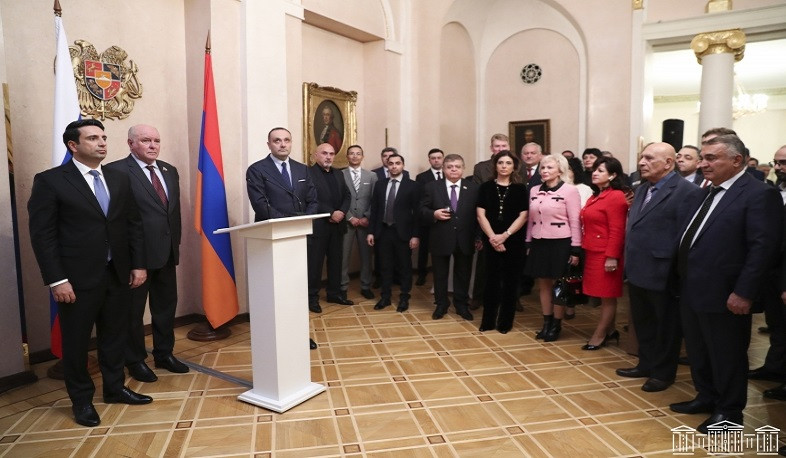 For the official visit of the delegation led by the Armenian President of the National Assembly, an official reception was organized in the Armenian Embassy of the Russian Federation.

The reception officially started with the greeting words of the RA NA President Alen Simonyan and the RA Ambassador to RF Vardan Toghanyan.