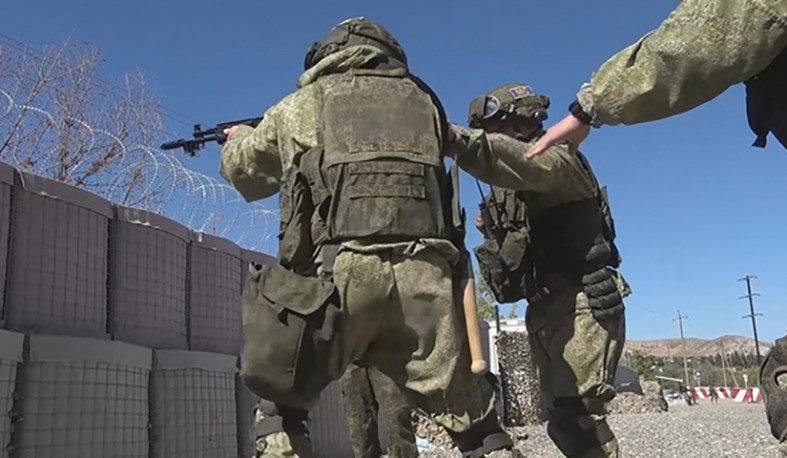 As part of a planned combat training session, Russian peacekeepers in Nagorno-Karabakh conducted a comprehensive training to prevent possible violations and ensure security at observation posts in the Sever area of responsibility. During the training, the personnel worked out tasks to prevent provocative actions and repel an attack on an observation post.

Upon receiving the signal, the peacekeepers performed actions in the shortest possible time when leaving the location, took up defense in pre-equipped positions. To strengthen the defense of the post, duty units on BTR-82A armored personnel carriers were involved.

The management of the units is carried out with the help of modern radio stations Azart, which transmit signals via secure communication channels.

Russian peacekeepers are serving at the 27 observation posts of Nagorno-Karabakh, ensuring security in the region.

All observation posts of the Russian peacekeeping contingent are equipped with fortifications Blockpost, designed to protect military personnel from small arms and shrapnel, as well as conducting circular surveillance of the nearby territory.

In addition to monitoring the situation in the area of responsibility, the personnel of the observation posts of the Russian peacekeeping contingent regularly carries out combat training activities and conducts training.