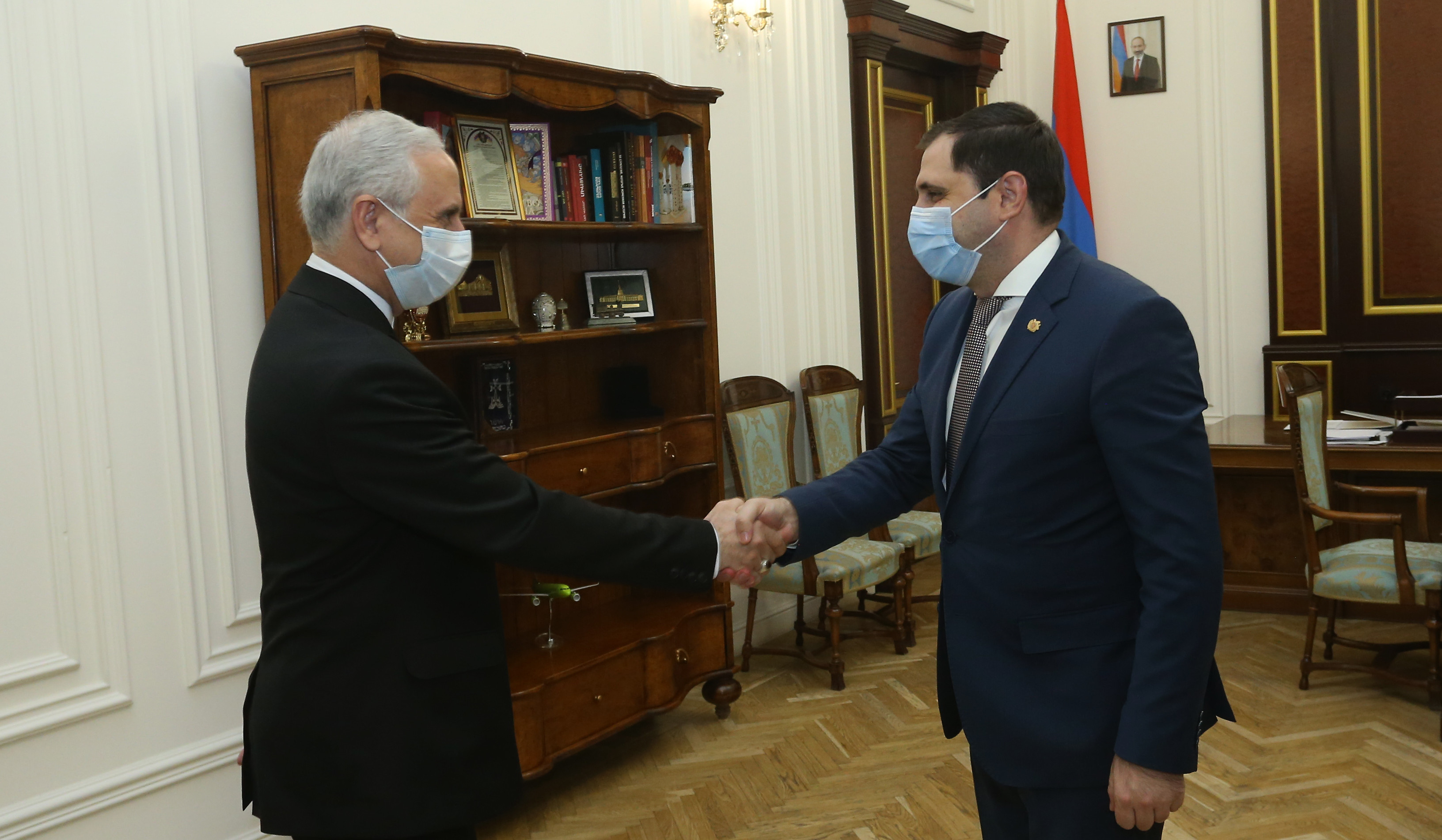 Deputy Prime Minister Suren Papikyan received Iranian Ambassador to Armenia Abbas Badakhshan Zohouri. The Deputy Prime Minister noted that the strengthening and development of the Armenian-Iranian relations is of strategic importance for Armenia. At the same time, Suren Papikyan praised the Ambassador’s personal contribution to the deepening of Armenian-Iranian relations.

The Deputy Prime Minister praised Iran’s official position on the establishment of stability and peace in the region, noting that the peace agenda can be implemented in the case there is multilateral assistance and consistency.

Ambassador Zohouri congratulated Suren Papikyan on assuming the post of Deputy Prime Minister, expressing confidence that the previous effective cooperation will be further expanded. The ambassador referred to the growing dynamics of bilateral trade and cooperation in recent months, noting that governments of young politicians have been formed in both countries, which will work actively to deepen bilateral cooperation.

The construction of the Tatev-Ltsen road has also started, and when completed, will be much more convenient for large trucks. The Deputy Prime Minister noted that bypass roads will be built in the Vorotan-Goris section. Touching upon the issue of the Sisian-Kajaran road section of the North-South highway, Suren Papikyan informed that the project has already entered the stage of announcing a tender.

The parties also discussed issues related to the Armenian-Iranian economic cooperation, which included the spheres of road construction, energy, new technologies, and mining. Reference was made to the development of cultural relations, starting from the historical identity and friendship of the two peoples.

The parties attached importance to the forthcoming high-level reciprocal visits, which will contribute to the deepening of cooperation in the economic sphere, the maximum use of the existing opportunities, the rapid implementation of the suspended programs and the launch of new initiatives. In this context, they attached importance to the potential of the EAEU market and the “Persian Gulf-Black Sea” international transport corridor as a safe transit route for all the countries involved.