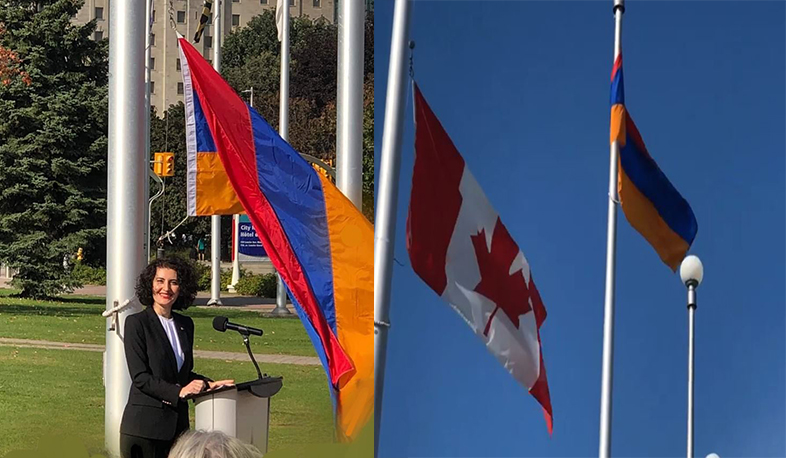 The Armenian flag was raised in front of Ottawa City Hall on the occasion of the 30th anniversary of Armenia’s independence, Armenia’s Embassy to Ottawa reports.

Ottawa Mayor Jim Watson and Ambassador Anahit Harutyunyan delivered messages. The event was attended by a number of ambassadors, representatives of the Canadian Foreign Ministry, diocesan leaders of the Armenian Apostolic Church, members of Armenian organizations and the community.