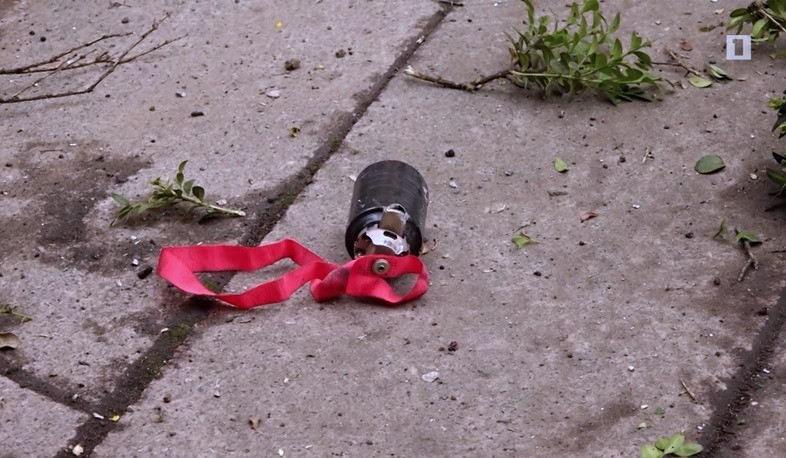 Mines, missiles and explosives were neutralized in Artsakh

On September 12-19, 2021, a total of 666 calls were registered at the Crisis Management Center of the State Service of Emergency Situations. Compared to the previous week, the number of both calls and registered emergencies has significantly decreased.

Firefighters made 14 exits during the week. The largest of the fires registered during the week broke out in the suburbs of Stepanakert near the ‘Cobra’ hill. About 2 hectares of dry covered area, trees and bushes burned. Four cases of fire were registered in Martakert, 7 in Stepanakert, 2 in Martuni, and one in Askeran region, Artsakh (Nagorno-Karabakh).

Two reports of traffic accidents were registered, one of which resulted in death. A 40-year-old resident of Stepanakert died on the spot after a traffic accident on the 36th kilometer of the Stepanakert-Vank highway. Five citizens were injured in the accidents of the week. The rescuers, with the help of doctors and police officers, took them to medical facilities.

During the week, 121 explosives, 2 grenade launchers, 35 rockets and 29 cluster missiles were neutralized by the sapper groups of the Rescue Forces Department.

The sapper groups of the Rescue Department in cooperation with the Humanitarian Demining Center Foundation and The Halo Trust non-governmental demining organization continue to carry out engineering exploration works in the territory of the Artsakh Republic.

During the mentioned period, the 911 call center received 33 man-caused and 26 social-household calls. The rescuers opened a door and an elevator, and transported two citizens with health problems.

One call was registered to find the snake. Rescuers found the poisonous reptile and moved it to a safe area.

In order to carry out search operations in the territories under the control of Azerbaijan, the operative group of the special rapid reaction unit made five exits. A total of 1,667 bodies have been found and evacuated since the ceasefire.