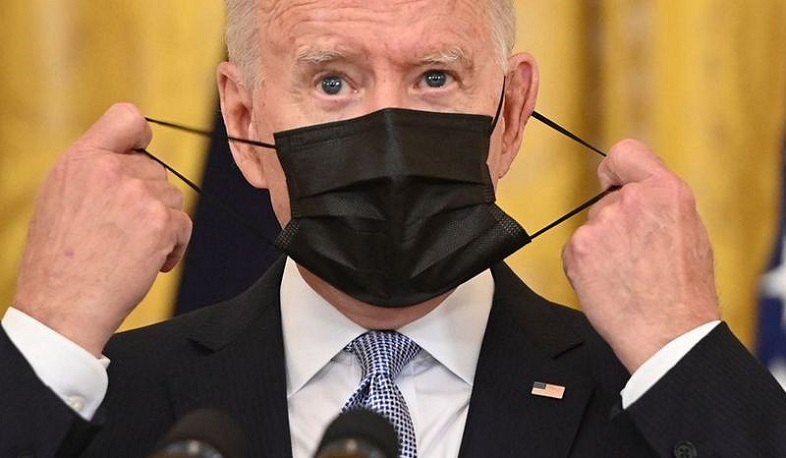 US President Biden announced the most sweeping COVID-19 vaccine requirements yet on Thursday, which will affect roughly 100 million Americans. The new measures include a vaccine mandate for all federal workers and contractors, and a requirement that large companies must mandate vaccines or regular testing for employees, CBS News reports.

"My job as president is to protect all Americans," Mr. Biden said Thursday. "So tonight, I'm announcing that the Department of Labor is developing an emergency rule to require all employers with 100 or more employees that together employ over 80 million workers to ensure their workforces are fully vaccinated or show a negative test at least once a week."

The Department of Labor's Occupational Safety and Health Administration is developing a rule requiring all employers with at least 100 employees to make sure their workforce is fully vaccinated or require unvaccinated workers to get a negative test at least once a week. Companies that fail to comply could face fines of $14,000 per violation, Mr. Biden said.

That was just one of the mandates and changes the president announced in a speech on boosting vaccinations and battling the COVID-19 pandemic. The president also announced vaccination requirements for health care providers that accept Medicare and Medicaid, for all federal employees and contractors and for the staffs of Head Start programs, Department of Defense Schools and Bureau of Indian Education-operated schools. Mr. Biden had announced in July the federal workforce would need to provide evidence that they had been vaccinated or submit to regular testing and practice social distancing measures in the workplace.

Within hours of his speech, the Republican National Committee announced that it plans to file a lawsuit against the Biden administration.

"Joe Biden told Americans when he was elected that he would not impose vaccine mandates," RNC chairwoman Ronna McDaniel said in a statement Thursday. "He lied. Now small businesses, workers, and families across the country will pay the price. Like many Americans, I am pro-vaccine and anti-mandate. Many small businesses and workers do not have the money or legal resources to fight Biden's unconstitutional actions and authoritarian decrees, but when his decree goes into effect, the RNC will sue the administration to protect Americans and their liberties."