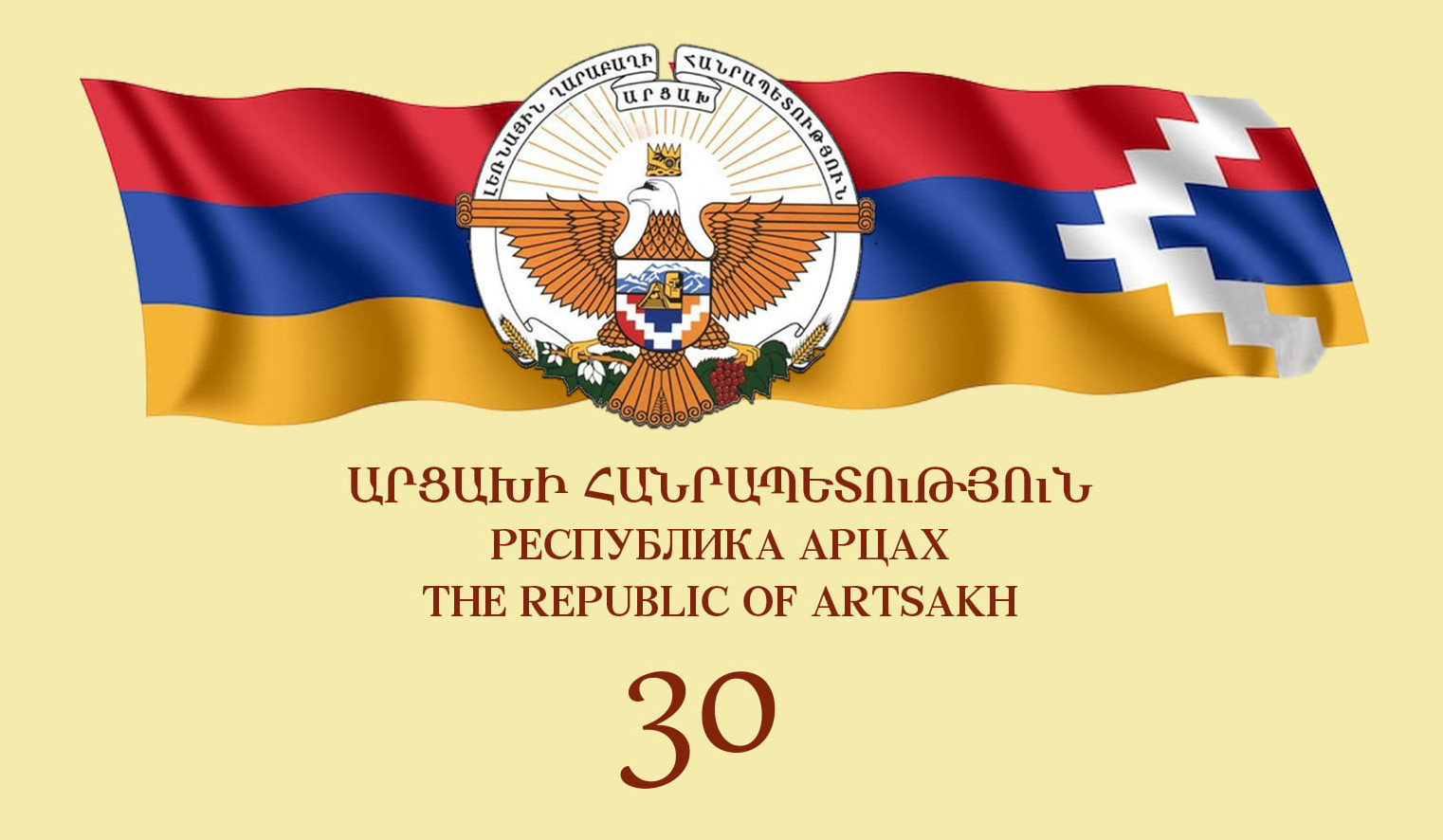 Adoption of 2 September 1991 declaration on proclamation of republic became one of key milestones in struggle for national liberation of Armenians of Artsakh: Ministry of Foreign Affairs of Artsakh

The Ministry of Foreign Affairs of Artsakh issued a statement on the occasion of the 30th anniversary of the proclamation of the Nagorno-Karabakh Republic.

The proclamation of the republic fully complied with the norms of international law and the existing at the time legislation of the USSR, which provided autonomous formations and national minorities living in compact groups with the right to independently decide their own destiny and determine their political status. The decision to create an independent state was confirmed on  December 10, 1991 by free expression of the will of the people of Artsakh (Nagorno-Karabakh) in a nationwide referendum.

The adoption of the 2 September 1991 declaration on the proclamation of the republic became one of the key milestones in the struggle for national liberation of the Armenians of Artsakh, which was based on the aspiration of the people for self-determination, restoration of historical justice and reunification within a united Armenian state to break free from the persistent threat of physical destruction,” the Foreign Ministry said in a statement.

Against the backdrop of Azerbaijan’s continued attempts to resolve the Azerbaijan-Karabakh conflict by the use or threat of force and deprive the Armenians of Artsakh of their homeland through terror, ethnic cleansing, massacres and massive human rights violations, the creation of an independent state was not only an important political step, but also a historical necessity. Global geopolitical changes in the early 1990s and growing regional tensions required decisive steps for the self-organization of the society and the formation of state institutions necessary to repel the impending armed aggression by Azerbaijan and ensure the right of the people of Artsakh to peace and development,” the statement continued.

“Since its independence, the Republic of Artsakh has gone through numerous trials, including devastating wars and heavy losses. Nevertheless, neither terror and threats, nor blockade and repeated armed aggressions could break the will of the people of Artsakh and their determination to defend the independence and sovereignty, as well as to strengthen and develop their statehood,” the Ministry added.

“We are convinced that the Armenian statehood in Artsakh is the main guarantor of the preservation of national identity, dignity and ensuring a secure future, as well as a means for the people to exercise their inalienable right to determine their own political destiny,” it continued.

“On this momentous occasion, we pay tribute and gratitude to those who fought for the dignity, freedom and independence of Artsakh, and bow our heads to the memory of those who sacrificed themselves in this sacred struggle. Their courage and heroism will always serve as an example of selfless service to the Homeland and dedication to a national cause,” the Foreign Ministry stated.

“While remaining committed to the ideals, goals and principles of the national liberation movement, the people and the authorities of the Republic of Artsakh will continue with unwavering determination to seek international recognition of the country’s independence and restoration of its territorial integrity, to strengthen and develop sovereign statehood.

Long live the Nagorno-Karabakh Republic!
Honor and glory to all fighters for freedom and independence of Artsakh!”