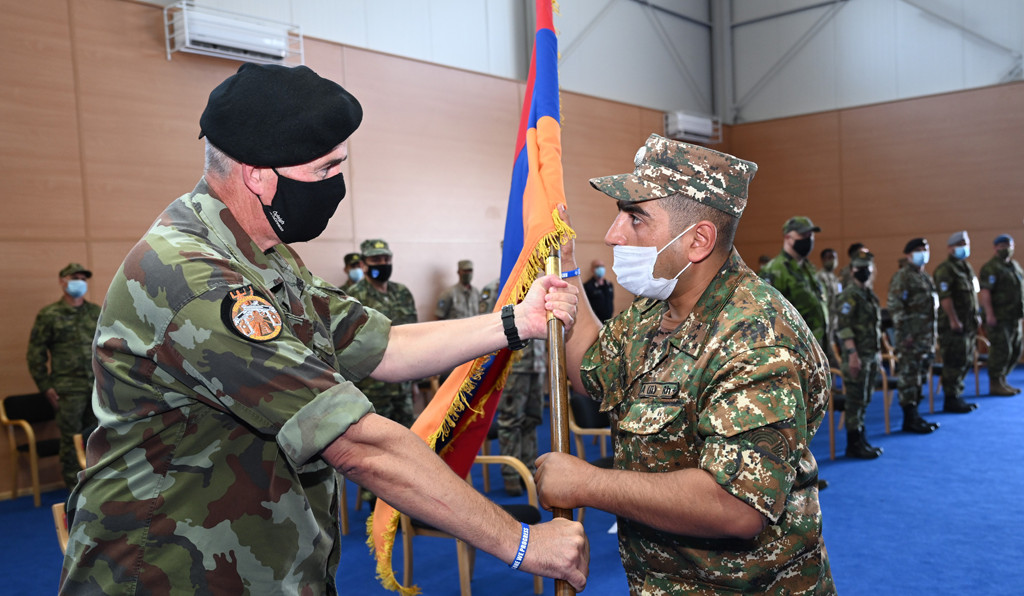 Brigadier General G. Schopf praised the service of the 33rd Armenian contingent, describing it as professional, responsible and conscientious. He stressed that the 33rd Military Group arrived in Kosovo during a rather difficult period for Armenia, which once again proves the professionalism and high level of Armenia’s Armed Forces.

At the end of the ceremony, KFOR Command awarded the servicemen of the 33rd Armenian Military Group with medals, diplomas and souvenirs.