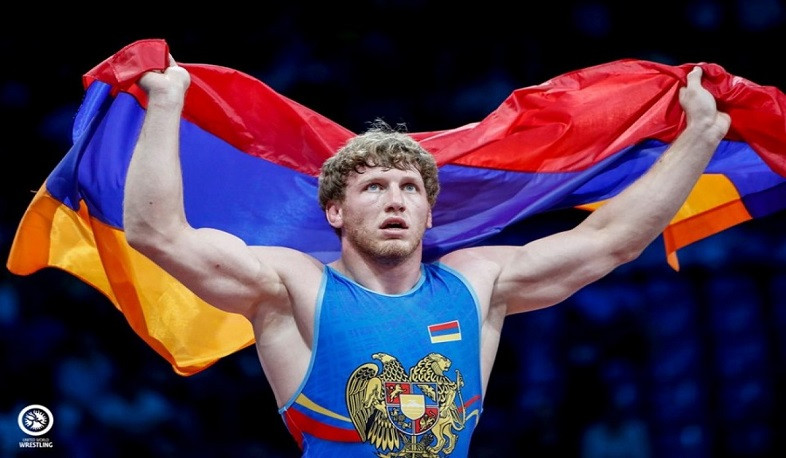 Arthur Aleksanyan reached the final: he will fight for gold medal

Rio Olympics, three-time world and five-time European champions Arthur Aleksanyan will compete for the title of champion of the 32nd Summer Olympic Games.

At the Olympic Games in Tokyo, Arthur Aleksanyan (97 kg) started the fight from the ⅛ final, and celebrating 3 victories, for the second time in his career, he won the opportunity to win an Olympic gold medal. In the opening bout, Aleksanyan defeated Uzur Juzupbekov (Kyrgyzstan) 4:1, then defeated Finnish Arvi Savolainen 5:1, and defeated Saravi Mohammadhadi (Iran) 4:1 in the semifinals.

Arthur Aleksanyan will wrestle with Russian Musa Evloev for the gold medal. The final will take place on August 3.

Karapet Chalyan (77 kg) also appeared on the mat today. In the first fight, he defeated Uzbek Zhalgasbay Berdimuratov 5:0, then gained a 2:1 advantage over Russian Alexander Chekhirkin, and in the semifinal he lost to Akzhol Makhmudov (Kyrgyzstan) 2:6. On August 3, Chalyan will fight for the bronze medal.