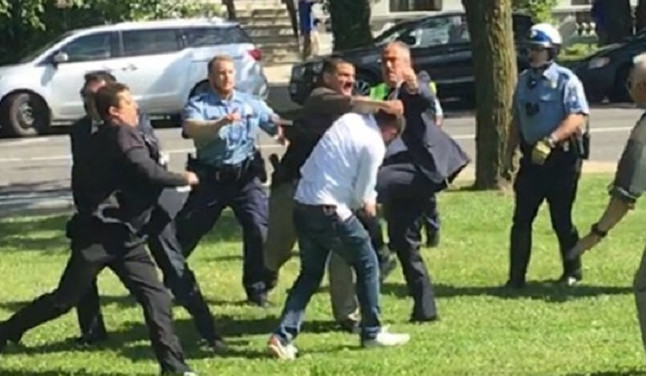 The cases against Erdogan's guards stem from an altercation on May 16, 2017, outside the residence of the Turkish ambassador in Washington. His bodyguards attacked demonstrators, mostly ethnic minorities of Kurdish and Yazidi descent, protesting the policies of the Turkish president during a visit by - and within view of - Erdogan.

The D.C. Circuit Court of Appeals on Tuesday decided to allow both cases filed on behalf of over a dozen plaintiffs, the victims of Erdogan's bodyguards’ attack, to proceed, upholding the district court’s decision of February 2020 that Turkey isn’t entitled to immunity under the Foreign Sovereign Immunities Act.

Turkey alleges that the demonstrators posed an imminent threat to Erdogan’s safety, but video footage shows Turkish authorities and pro-Erdogan supporters running to attack the protestors, surrounding women and elderly men while punching, kicking and throwing them to the ground.