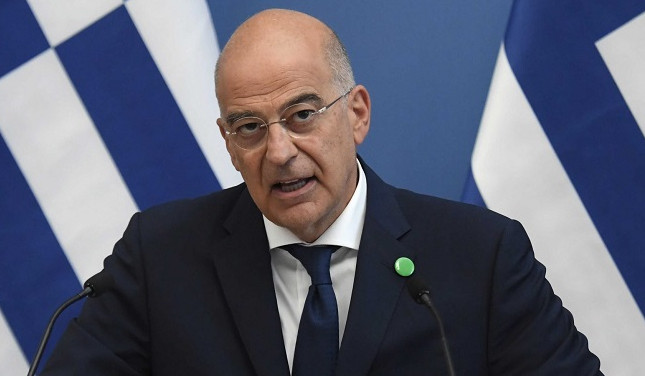 There can be no improvement in relations between Greece and Turkey until the latter stops violating international law in Cyprus, Greek foreign minister Nikos Dendias said on Wednesday, Ahval reports.
At a press conference that followed a meeting with Cypriot foreign minister Nikos Christodoulides, Dendias said that his presence in Cyprus “symbolises the Greek government’s commitment to stand by the Cypriot government and its people, but also stand for international legitimacy,” according to the Cyprus Mail news outlet.
The meeting of the two foreign ministers took place only a day after Turkey's President Recep Tayyip Erdogan concluded his two day visit to the Turkish Republic of Northern Cyprus on the 50th anniversary of the island's division. During his visit, Erdogan repeated his desire to see a two-state solution for Cyprus, a position at odds with the stances of the United States, United Kingdom, the European Union and the United Nations.
Views 496