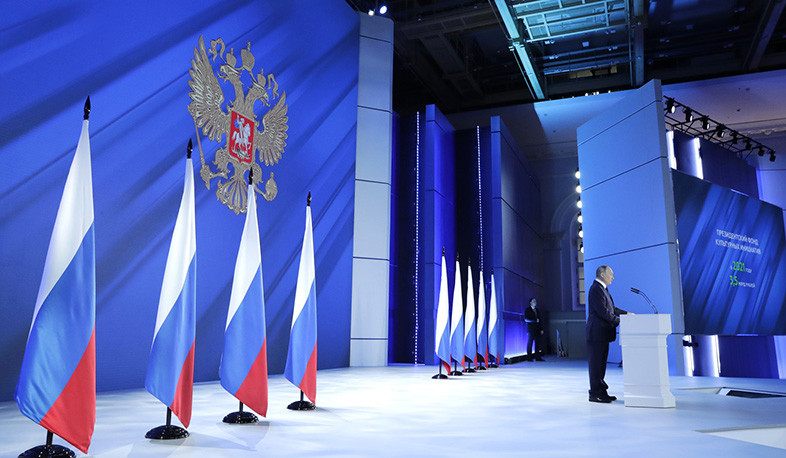 Although the negotiation process for the political settlement of the Nagorno-Karabakh conflict is ‘dead’ on the surface, it should be emphasized that there are many hints that the conflict is living a backstage life. In particular, it was not accidental at all that Russian President Vladimir Putin told Azerbaijani President Aliyev that compromises, no matter how painful, are necessary to end the conflict. In fact, this was a rather transparent hint that Baku should refuse to play a winner, it has to take into account the realities, that the Aliyev's administration could not copy Erdogan's strategy. It is about the method when Ankara does, completes some action, then it forces to take into account the reality. Not only did Azerbaijan not succeed in that, but, apparently, Baku will face serious problems in the near future.

At the root of the problems is Baku’s inability to perceive that the ‘victorious’ war is not the end of the war (by the way, the Armenian side made the same mistake at the time). Despite the results satisfying Baku in the Second Artsakh war, the winning side, the situation can be reversed so that time begins to work to the detriment of the winning party. And this became obvious when the factor of Azerbaijan started to be bypassed during the talks on the ‘South-North’ project, which is very unexpected for Baku, as the main goal of the occupation of the southern regions of Artsakh was to offer the program as a platform for that initiative. Azerbaijan received its second heavy blow in May, when it invaded Syunik with the aim of putting at stake the above-mentioned plan, but according to rumors, Iranian Foreign Minister Zarif warned Aliyev personally that such an adventure could have very serious consequences for Baku.

Azerbaijan received the third slap from Brussels when the European Union announced that it would provide 2.6 billion Euros in assistance to Armenia over five years, emphasizing the need to implement programs in Syunik and the intention to provide 600 million Euros for the southern section of the ‘North-South’ highway. The Azerbaijani propagandist reacted very painfully to this, shouting that EU violates the principle of justice, but the fact is that this Azerbaijani ‘mourning’ is not about justice. Those who are watching the events are already noticing that Baku is gradually beginning to realize that they are missing the possibility of having any control over the events, then the only ‘achievement’ left from the war will be the Russian-Turkish military units stationed in Azerbaijan and the loss of Azerbaijani subjectivity.

By the way, this European program is doubly painful for Azerbaijan, as it is almost impossible to assume that Brussels acted in this case without agreeing with Russia. Proof of this is the fact that today the Press Secretary of the Russian President Dmitry Peskov, answering media questions, stressed that if the EU countries can be useful in the settlement of the Artsakh (Nagorno-Karabakh) conflict through their mediation, Moscow will only welcome it. This was quite expected, as maintaining peace in the borders of Armenia and in Artsakh is a matter of honor for Russia, taking into account that the war ended with the mediation of Moscow. However, one must also be objective, accept that Russia's opportunities are not unlimited, and now Russia has a task to defend its interests not only here, but also in Central Asia, Syria and the Ukraine. And the Kremlin, heading for Central Asia, the Middle East and Eastern Europe, decided to share responsibility for this part of the South Caucasus, but not with Turkey, as many in Ankara and Baku thought, but with the West. This is a very logical step, as Russia knows very well that the rapprochement with Turkey is temporary, directed only and exclusively against NATO, while if Turkey manages to "take over" the South Caucasus and Central Asia, Russia will have much more problems than opening the blockade of the South Caucasus and Artsakh in front of the West.