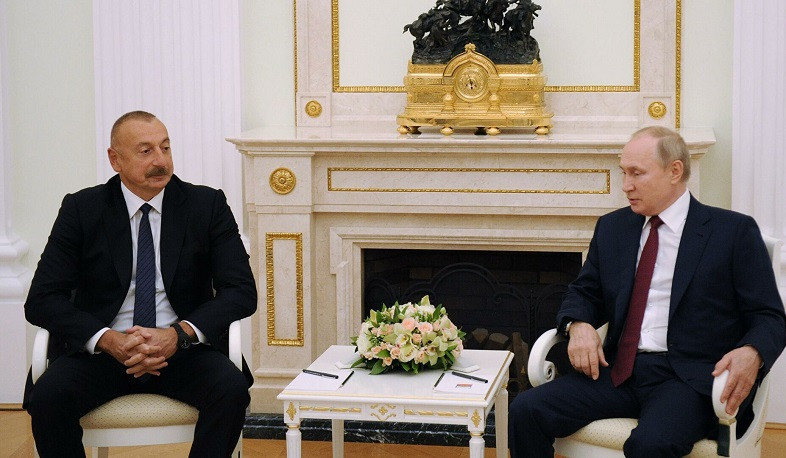 Compromises are the most difficult, but we must move in that direction: Putin at meeting with Aliyev

The meeting of the Presidents of Russia and Azerbaijan, Vladimir Putin and Ilham Aliyev, took place in Moscow. The topic of Nagorno-Karabakh was among the issues discussed.

The head of the Kremlin stated that one of the most important issues is the settlement of the situation in the region, noting the need for compromise solutions, which are the most difficult.

Putin stated: “If we want to settle what everyone wants, we need to go that way, which has been achieved so far.”

The President of Azerbaijan thanked the Russian leader for his constant attention to the issue of the region in the post-war period, for his personal participation in very important and sensitive issues, aimed at establishing stability so that the post-war period can pass peacefully.