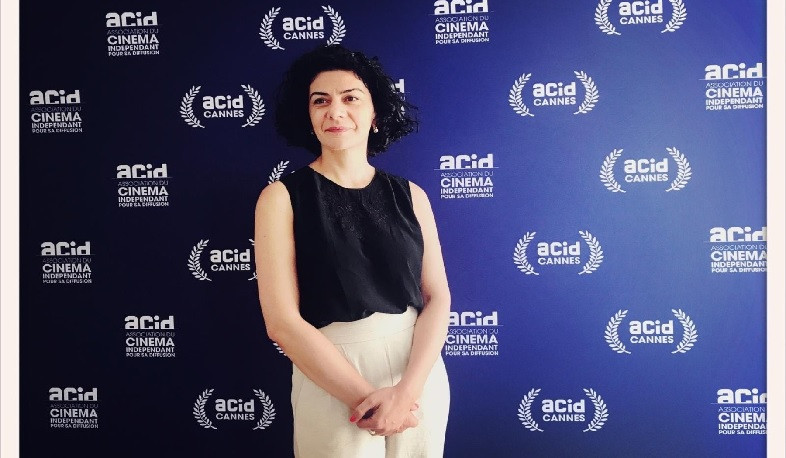 Filmed with the financial support of the National Cinema Center of Armenia (France-Armenia-Belgium joint production), director Nora Martirosyan’s film ‘Should the Wind Drop’ was screened on July 14 at the 74th Cannes International Film Festival. The screening took place in ‘Olympia 3’ cinema, which was attended by the director and producer of the film.

The film was shown as a film included in the official list of films selected by the 73rd Cannes International Film Festival 2020 in the category ‘The First Features’ and Armenian film included in the Cannes ACID program, as the screening did not take place last year due to the COVID-19 pandemic.

This work of the director is the first film of the post-independence period, which was presented from Armenia in Cannes, which is an unprecedented and joyful event for modern Armenian cinema.

The film tells the story of Allen, a French airport auditor who arrives at the newly built airport in the Republic of Artsakh (Nagorno-Karabakh). The country that declared independence is trying to stand up after the war. Allen needs to consider whether the airport meets international standards for reopening.

During conversations with airport staff, Allen gradually discovers a country that is not even marked on some maps, but actually exists with its inhabitants, government, systems and culture.