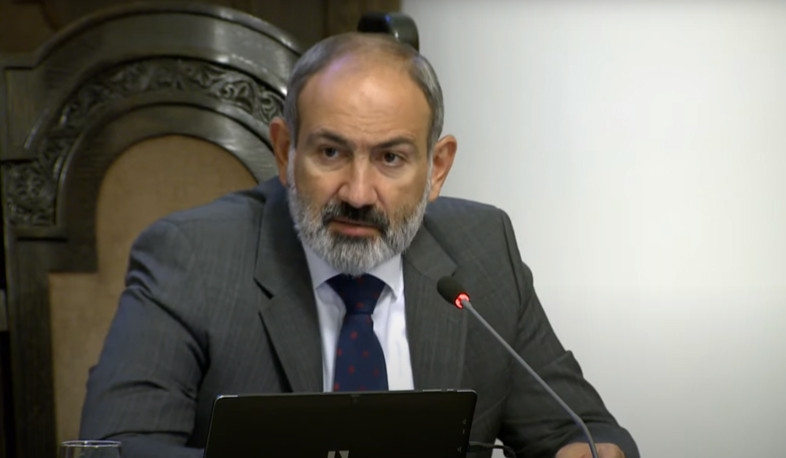 Azerbaijan is against demarcation and delimitation works; it brought falsified maps to the arena: Pashinyan

Azerbaijan is trying to present that Armenia is against, hinders the demarcation and delimitation works, Acting Prime Minister of Armenia Nikol Pashinyan stated during the Government session.

“The reality is just the opposite. Azerbaijan is against demarcation and delimitation works because it has brought to the arena obviously falsified maps, trying to substantiate the presence of its armed forces in a number of parts of the sovereign territory of Armenia, in particular, in a number of areas of the Sotk-Khoznavar section of the Armenian-Azerbaijani border,” Pashinyan said.

According to him, both the international community and Armenia have clearly expressed their position on this issue.

“Withdrawal of the Azerbaijani Armed Forces from these territories, mirroring withdrawal of Armenian and Azerbaijani armed forces from the border to their permanent locations, deployment of Russian border guards and/or international observers on the border, preparation and start of demarcation and delimitation works under international auspices. Our proposal remains in force. We are working with our partners, particularly our Russian counterparts, in this direction, and Azerbaijan has not responded to this statement and proposal in any way,” Pashinyan said.