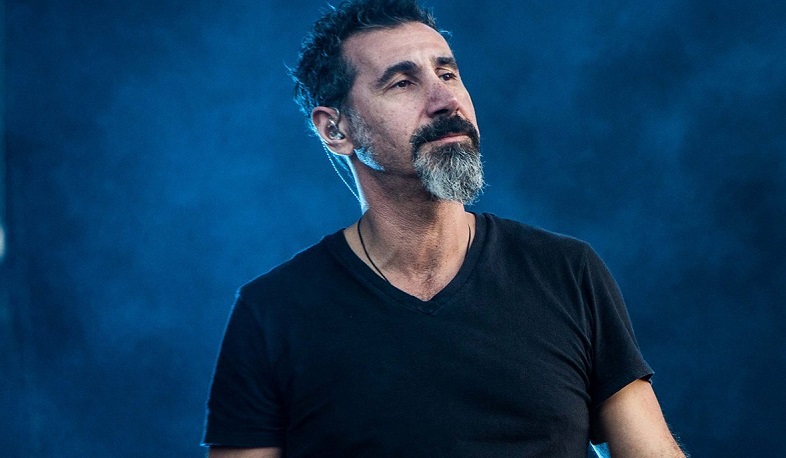 There is a shameful ‘Trophy Park’ near sports ground: Tankian called for a boycott of football match in Baku

System of a Down rock band lead singer Serj Tankian has called for a boycott of the quarterfinals of the European Football Championship between Denmark and the Czech Republic in Baku.

Tankian wrote that Azerbaijan cannot be allowed to commit war crimes and then host international events like nothing happened. “The stadium where Euro 2020 Quarterfinals will be held is a short distance from the shamefully racist Victory park,” Tankian said. 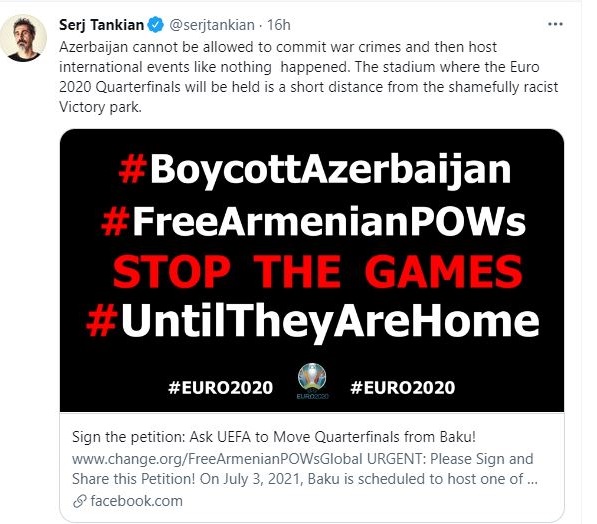