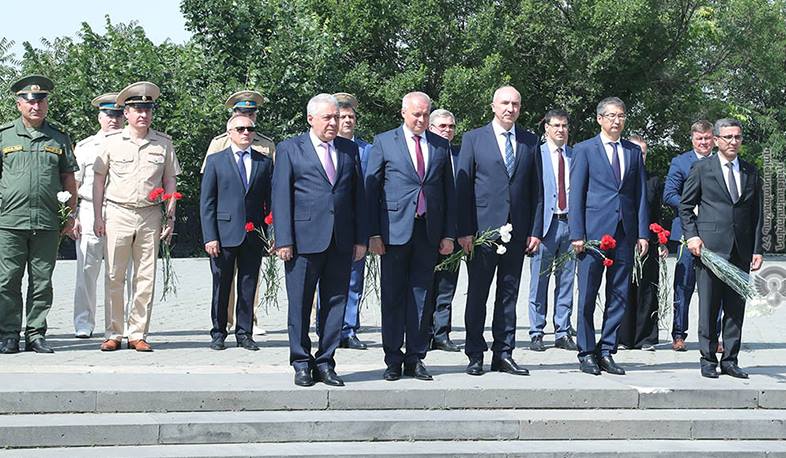 On June 22, Armenia’s Acting Minister of Defense Vagharshak Harutyunyan, along with representatives of the diplomatic corps and top officers of the Russian Federation, Kazakhstan and Belarus, visited Victory Park where he laid wreaths near the eternal flame in memory of the fighters who fell in the Great Patriotic War.

As reported the Armenian Ministry of Defense, afterwards, they paid a visit to the Union of Veterans of Armenia to meet and express gratitude to the war veterans who shaped the victory.

Eighty years ago, today, Fascist Germany attacked the Soviet Union without declaring a war. Armenians also fought courageously with the multiethnic Soviet nations and made an invaluable contribution to achievement of victory. June 22 is a day of remembrance in all countries that participated in the war. 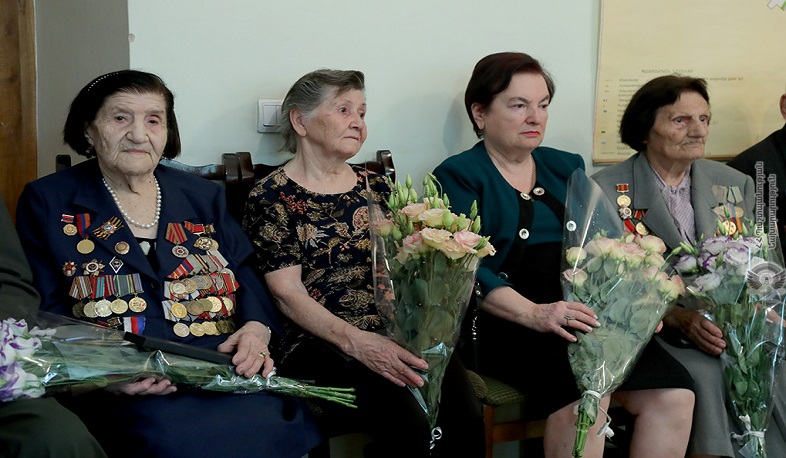 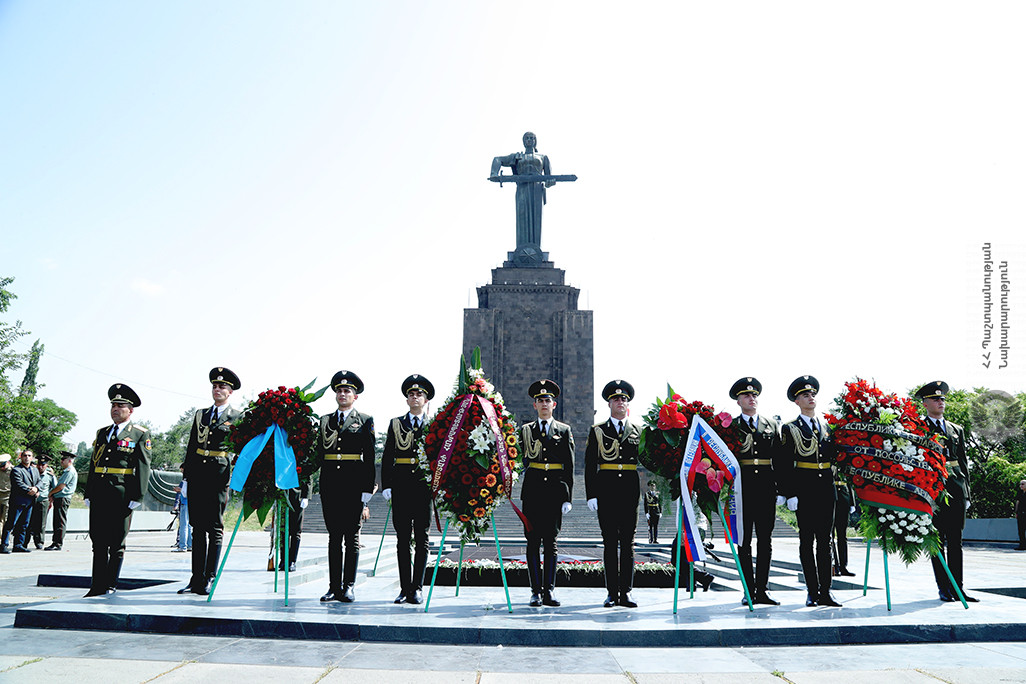 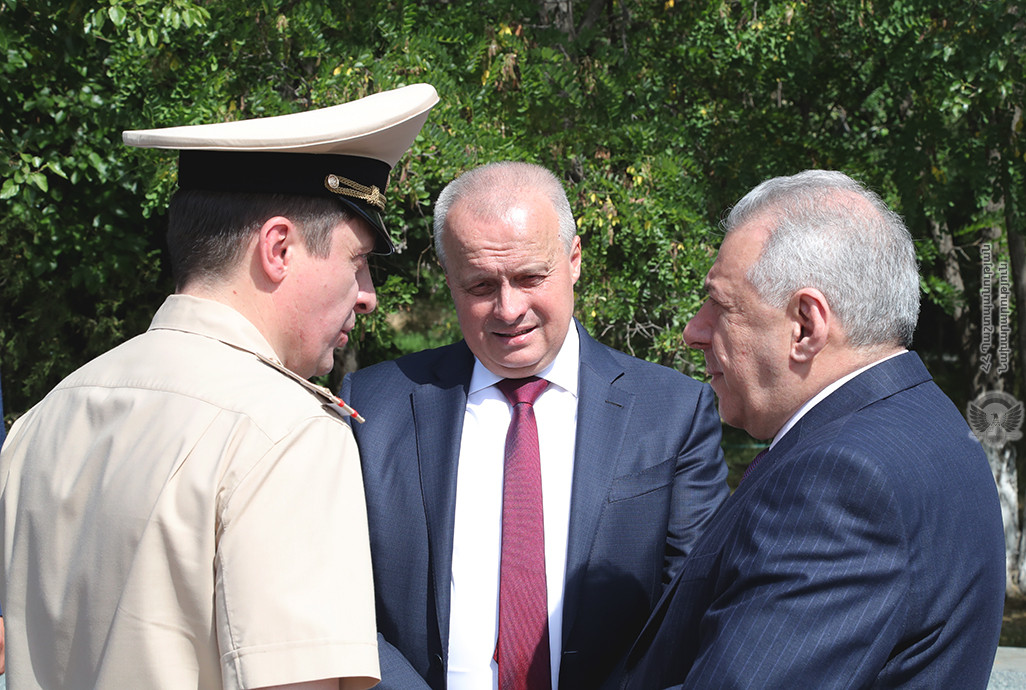