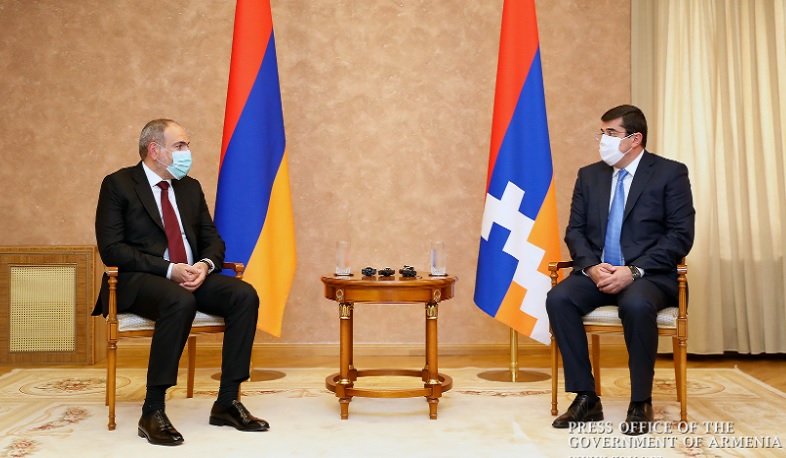 President of Artsakh (Nagorno-Karabakh) Arayik Harutyunyan has addressed a message to caretaker Prime Minister of Armenia Nikol Pashinyan on the snap parliamentary elections held on June 20.

“Dear Mr. Pashinyan, after the 44-day Azerbaijani-Turkish military aggression, the logical solution to the unstable domestic political situation in Armenia was the holding of snap elections. I am happy that Armenia’s state structures and people managed to hold democratic elections, despite the numerous external and internal difficulties and challenges.

Taking into account the preliminary results of the elections, I wish success to you and your team on the path of exercising the trust received by the majority of voters. I hope the results of the elections will enable Armenia’s authorities to strengthen the security and foreign policy positions damaged by the war, restore public solidarity on solving national issues, as well as carry out consistent and productive works in protecting the rights of Artsakh-Armenians, eliminating the consequences of the war and towards the international recognition of the Republic of Artsakh.

I also wish success to the remaining political forces who received certain trust from the people. I am sure each vote received should be served for national interests and dreams in a stable, constructive and respectful political environment. The consequences of the war and the existing challenges do not leave other alternative to us than resisting them and making the Republics of Armenia and Artsakh more secure and prosperous Homeland for our people for the sake of future generations.”