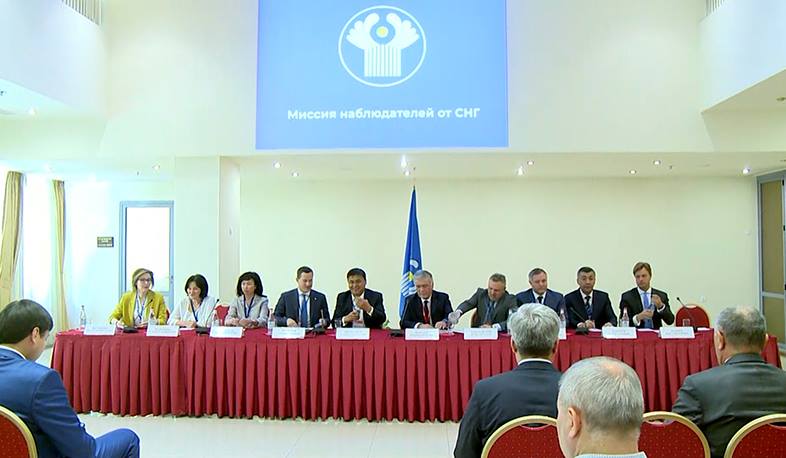 No violations were registered that could affect voting results: CIS and CSTO observation mission

The head of the CIS observation mission Ilhom Nematov presented the impression and opinion of the whole group on the “preparation for the elections” of several members of the mission. The group of 96 people includes skilled diplomats and deputies of the CIS, CSTO member states.

The long-term observers arrived in Armenia on May 31 and met with representatives of the Armenian Government, police, prosecutor’s office, court, the CEC chairman, the headquarters of a number of election-participating parties, blocs, as well as the media.

Members of the CIS observation mission visited 700 polling stations on Election Day. The head of the mission assured that the political process started calmly, in accordance with the legislation of Armenia. The observers unanimously adopted a final document stating that the elections were held in accordance with the Constitution of the Republic, no violations were registered that could affect the voting results. According to observers, the Central Electoral Commission, with the support of the Government, held highly organized elections within the law, giving all citizens the opportunity to express their will.

“The fact that 25 political parties and blocs participated in the elections shows that the citizen of Armenia was given a great opportunity to vote,” said Ilhom Nematov.