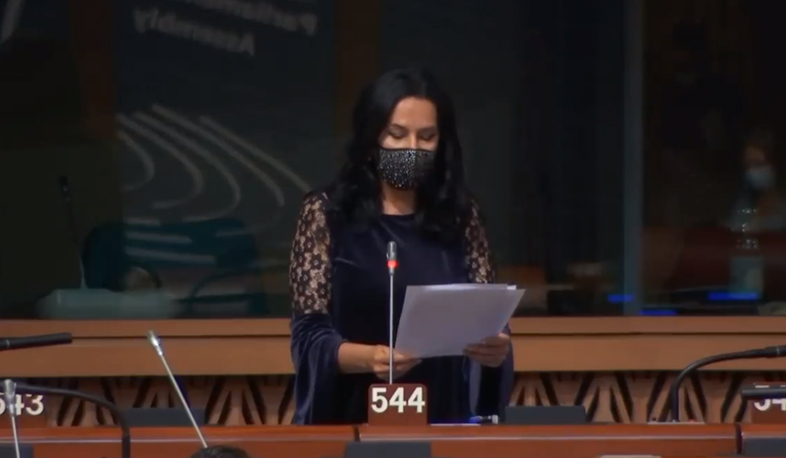 Member of the Armenian delegation to PACE, MP Naira Zohrabyan informed that today in the Assembly she again raised the issue of Armenian prisoners of war, calling on European structures to impose severe sanctions on Azerbaijan.

“My question was clear, because Azerbaijan does not understand the language of statements, appeals, resolutions adopted by international organizations; we should talk to that country with clear sanctions.

Naturally, a member of the Azerbaijani delegation, Tural Ganjaliyev, responded to my speech and, according to the rules of the genre, once again accused me of being a terrorist-saboteur who called for the bombing of the Mingechaur reservoir.

Azerbaijan continues to use European structures to spread lies and misinformation, and continues to make the return of Armenian prisoners of war conditional on many preconditions, which is unacceptable.

“Only concrete sanctions against that country can change the situation,” Naira Zohrabyan said in her speech.