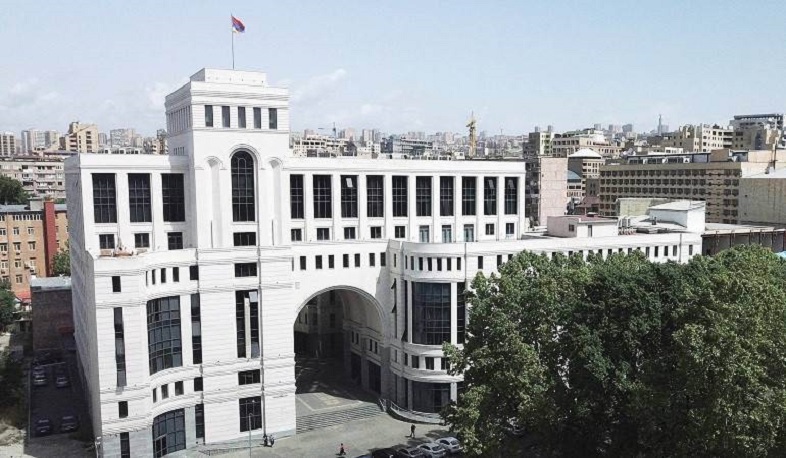 The Ministry of Foreign Affairs of the Republic of Armenia has issued a statement referring to the false charges against Armenian prisoners of war (POWs) and captured civilians in Baku.

“We strongly condemn the prosecution carried out by Azerbaijan against the Armenian prisoners of war and captured civilians on false charges.

According to international law, prisoners of war cannot be prosecuted for their participation in the military actions. At the same time, amid the policy of widespread hatred against Armenians in Azerbaijan and the state-sponsored racism, it is obvious that the ongoing trials cannot be fair and transparent.

In addition, the hostage taking and kidnapping of civilians are further gross violations of numerous norms of international law.

Another indication of war crimes and crimes against humanity is concealing the true number of the Armenian POWs and captured civilians and places of their detention by Azerbaijan.

Azerbaijan continues to blatantly violate a number of fundamental documents it has adhered to, including the European Convention on Human Rights, the UN Covenant on Civil and Political Rights, the UN Convention Against Torture and Other Cruel, Inhuman, or Degrading Treatment or Punishment and, particularly, the Third Geneva Convention.

Thus, we strongly condemn the illegal decision of the Baku Court, announced on June 14, sentencing civilian Vicken Euljekjian, citizen of Armenia and Lebanon, to 20 years of imprisonment. He was kidnapped by the Azerbaijani armed forces the day after the signing of the Novermber 9, 2020, trilateral statement, while the court decision was based on forced confessions obtained through torture.

Equally deplorable is the initiation of trumped-up criminal proceedings and criminal prosecution against the servicemen captured as a result of military operation by Azerbaijan towards Hin Tagher and Khtsaberd villages of the Hadrut Region of Artsakh which were under the control of the Armenian forces - in violation of the first provision of the November 9 trilateral statement.

The video coverage of the conversation between the Presidents of Turkey Recep Tayyip Erdogan and Azerbaijan Ilham Aliyev on June 15, within the framework of the visit to the city of Shushi of the Republic of Artsakh, which is currently under the Azerbaijani occupation, proves that in the post-war period the issue of prisoners of war is used by Azerbaijan for political purposes as an instrument of pressure against Armenia, which is also a blatant violation of the November 9 trilateral statement. This fact once again attests to Azerbaijan's consistent policy of non-compliance with its own commitments.

We call on our international partners, as well as human rights watchdogs to strongly condemn the gross violations of international law by Azerbaijan and demand the termination of false criminal cases and the immediate repatriation of Armenian prisoners of war,” the statement reads.