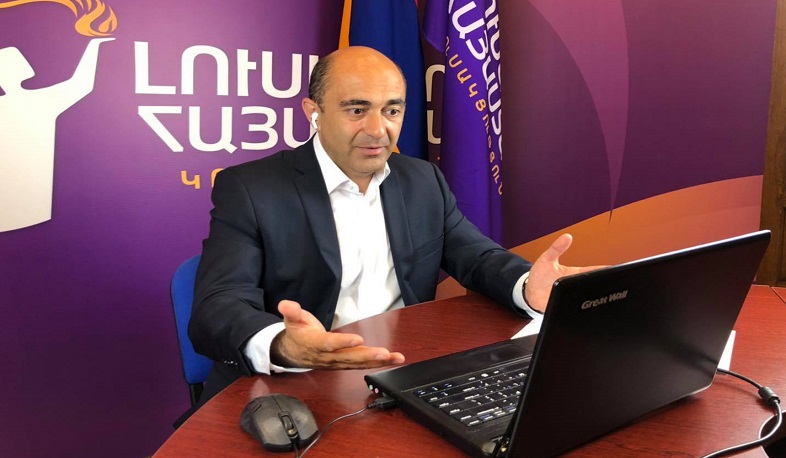 Member of the Armenian delegation to PACE, Parliament deputy Edmon Marukyan informed that today, for the last time, as a deputy of Armenia’s National Assembly of the 7th convocation, he addressed the Parliamentary Assembly of the Council of Europe (PACE).

“Let me draw your attention to the fact that after the November 9 ceasefire, the Azerbaijani authorities have not yet released the Armenian captives, including civilians and women.

We also have information that some Armenian prisoners (including women) were tortured to death in Azerbaijani prisons.

As you probably already know, on May 12, the Azerbaijani armed forces illegally crossed the Armenian border and advanced 3.5 km in that area. By illegal advancement, they fortified themselves in the territory of Lake Sev in Syunik province, Armenia. The illegal presence of the Azerbaijani Armed Forces in the territory of Lake Sev is absolutely inadmissible; it grossly violates the territorial integrity of our country and Article 2 of the UN Charter.

Such illegal violations of the trilateral statement by Azerbaijan seriously hinder the full implementation of that statement, creating new threats to the security and peace of the region.

Accordingly, we call on our European partners to clearly and unequivocally address the actions of Azerbaijan, to impose sanctions on the military-political dictatorship of Azerbaijan, to take joint steps with us to complete the process of exchanging prisoners without preconditions, artificial obstacles, such as fake criminal cases, as well as to reaffirm the territorial integrity of Armenia, forcing the military leadership of Azerbaijan to withdraw its units from the Armenian territories,” Marukyan said in his speech.